HomeBlogNewsNYESOM WIKE’S DEMOLITION OF TWO HOTELS IN RIVERS STATE UNDER THE GUISE OF ENFORCING COVID-19 LOCKDOWN IS WRONGFUL, CRUEL! 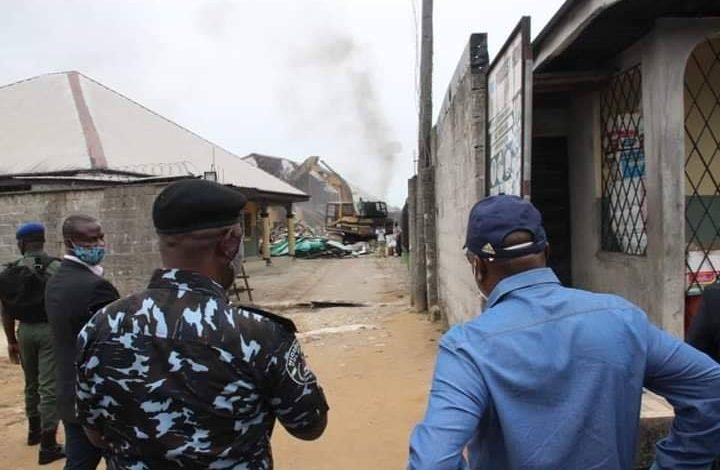 NYESOM WIKE’S DEMOLITION OF TWO HOTELS IN RIVERS STATE UNDER THE GUISE OF ENFORCING COVID-19 LOCKDOWN IS WRONGFUL, CRUEL!

NYESOM WIKE’S DEMOLITION OF TWO HOTELS IN RIVERS STATE UNDER THE GUISE OF ENFORCING COVID-19 LOCKDOWN IS WRONGFUL, CRUEL!

On Sunday, 10 May 2020, bulldozers accompanied by a horde of armed security operatives acting on the orders of Rivers State Governor, Nyesom Wike, viciously demolished two hotels, PRODEST HOME SERVICES, ALODE, popularly known as “PRUDENT HOTEL, ALODE” along Old Refinery Road Area, and EDEMETE HOTEL, Onne, both in Rivers State, under the guise of enforcing COVID-19 lockdown measures. The heavily-armed security operatives were accompanied by the Eleme Local Government Chairman and members of the Local Government Task Force on COVID-19. They stormed the two hotels at about 11:58AM on Sunday, forcefully evicted the occupants and demolished the buildings, including the properties inside worth millions of Naira. In the cruelest display of arbitrary executive powers, Rivers State Governor Nyesom Wike, personally supervised the demolition of the two hotels.

SPACES FOR CHANGE | S4C, Youths and Environmental Advocacy Centre (YEAC) and the Action Group on Free Civic Space strongly condemn the sudden invasion of the two hotels and the use of force that characterised the demolition exercise. The owners of the two hotels had no opportunity at all to salvage their properties or remove some valuables before the buildings were pulled down. Particularly distasteful is Rivers State Government’s campaign of terror over the last few weeks, ruthlessly clamping down on civic freedoms in the name of combating the spread of coronavirus.

The only whiff of notice about the demolition was contained in a press statement, dated May 9, 2020, signed by the Rivers state government, alleging that Prudent Hotel and Edemete Hotel flouted the state government’s directive the closure of hotels in the state, as part of the lockdown measures to combat the spread of coronavirus in the state. In response to the public outrage that has trailed the news of the demolitions, a recent press statement issued out by the River’s state government, today, May 10, 2020, claimed that the demolished properties had flouted the state government’s Executive Order 6. The hotels were demolished less than 24 hours after the press statement was issued. Without giving them fair hearing and considering any form of engagement with the owners of the properties, Rivers State authorities went ahead and demolished the two hotels, sparking fear and public outrage across the state and the entire country. 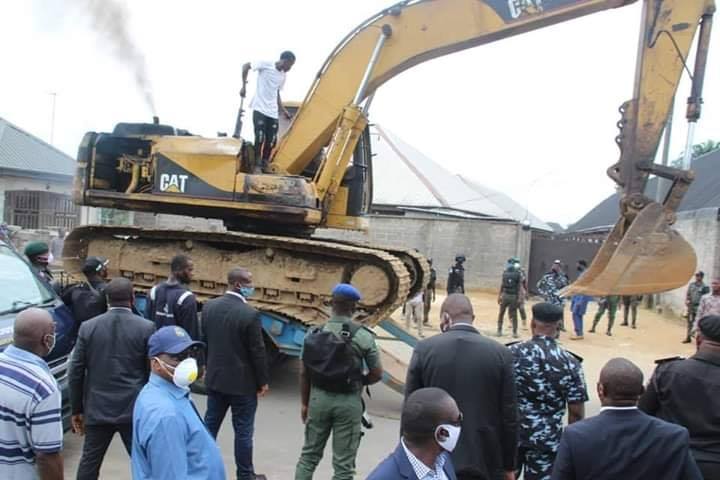 When the Action Group on Free Civic Space’s COVID-19 Tracking Team visited the demolition sites and interviewed the managers of both hotels, they both denied operating and violating the lockdown orders. The manager of Prudest Hotel also denied allegations of harbouring a wanted felon in the hotel during the lockdown. Hotel owners, managers, neighbours and residents are all in total shock after witnessing the height of executive impunity and brutality today.

Just last week, the Speaker of the Nigerian House of Representatives introduced an incredibly draconian legislative proposal, Control of Infectious Diseases Bill 2020, designed to enlarge the powers of the President, the Nigeria Centre for Disease and Control (NCDC) and the Minister of Health to prevent and manage the outbreak of infectious diseases such as COVID-19. Provisions of the proposed statute granted unfettered powers to the Minister of Health to authorize the destruction of any known property or suspicious source of infectious disease for the purpose of preventing the spread or possible outbreak of an infectious disease. SPACES FOR CHANGE | S4C and the Action Group on Free Civic Space warned against the enormous potential for executive overreach and abuse of such wide discretionary powers. Wike’s demolition of the two Rivers Hotel provides compelling proof of what to expect when statutes enlarge governmental powers without checks and balances, in the name of disease control.

Nigerian citizens are vested with the fundamental right to property, as guaranteed by Section 43 and 44 of the Nigerian Constitution. The right to property is protected against arbitrary seizure, isolation and destruction by the Nigerian Constitution, the Land Use Act, as well as the various states’ urban and regional planning laws. When the government carries out demolitions, forced isolation and forced evictions in the name of disease control, individuals’ fundamental rights to property, dignity and fair hearing are violated without recourse to the rule of law. We make bold to state that Nyesom Wike’s demolition of PRUDENT HOTEL, ALODE and EDEMETE HOTEL, Onne, not only constitutes executive cruelty but also amount to violations of human rights protected under the Nigerian 1999 Constitution and the African Charter on Human and Peoples’ Rights, ratified into Nigerian law.

SPACES FOR CHANGE, Youths and Environmental Advocacy Centre (YEAC) and the Action Group on Free Civic Space are urging the Rivers State government to immediately halt all forced evictions and demolitions of private properties without recourse to due process and the rule of law. We particularly demand the Rivers State government to pay compensation to owners of properties already destroyed and provide relief in the form of alternative land and housing. We specifically call on the National Human Rights Commission to launch an independent investigation into the May 10, 2020 demolitions, with a view to identifying the members of the state’s taskforce carrying out the campaign of terror in Rivers State in the name of fighting against COVID-19.

Finally, we call on all national and international human rights groups, the media and well-meaning Nigerians to press on the Governor Nyesom Wike to discontinue his demolition policy and ensure the state-mandated lockdown has a human face. 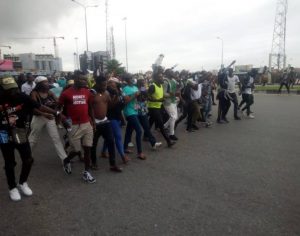