This page gives you at-a-glance information about our Project on Artisanal Crude Oil Refining (PACOR) in the Niger Delta. This project is carried out in line with our CAC approved objective “To Campaign Against Oil Theft, Artisanal Refining and Pollution” and it is one of our flagship projects in the energy transition circle since 2017. As at 2017, Youths and Environmental Advocacy Centre (YEAC) was, to the best of our knowledge known to be the first nongovernmental organization (NGO) registered by Nigeria’s Corporate Affairs Commission (CAC) “To campaign against oil theft, artisanal refining and pollution“. In doing so, we carry out activities like those contained in what we do on this website. The implementation of those activities with ACOR led to the detailed activities below among many others scattered around the internet and other publications on this website, our Facebook Page, Twitter, LinkedIn, Intagram, etc. The Executive Director of Advocacy Centre has been working ACOR since 2012 in his former organization and wrote many published reports, articles, news letters and briefing papers among others. He had and still serving as research consultant for both local and international organizations, institutions and media houses across the world with groundbreaking reports and video documentaries produced. One of which is The Great Report published in Germany titled wahala. The activities below briefs about our works on the project.

The Executive Director of Youths and Environmental Advocacy Centre, Fyneface Dumnamene Fyneface has been working with the Ogoni Ex-Artisanal Refiners Forum before the formation of YEAC following the need for ACOR in the Ogoni area to stop pollution and re-pollution as the implementation of the United National Environment Program (UNEP) Report on Ogoni 2011 by the Hydrocarbon Pollution Remediation Project (HYPREP) gets under way. The efforts developed with the incorporation of YEAC and government approval to campaign on artisanal crude oil refining and pollution among other approved objectives into what you are about to read.

Delta Ex-Artisanal Refiners’ Forum (NDERF) is a forum of people, men and women who are believed to have voluntarily abandoned acts of oil theft and artisanal refining in the Niger Delta region of Nigeria. Following federal government’s pronouncement through Vice President Prof. Yemi Osinbajo in February 2017 that modular refineries would be built for youths involved in “bush refineries” in the Niger Delta region, the “Platform for the Coordination of Niger Delta  Ex-Artisanal Refiners for Modular Refineries (PCNDERFM)” was created by Piriye Kiyaramo of Bayelsa Business Round Table and Fyneface Dumnamene Fyneface, the Executive Director of Youths and Environmental Advocacy Centre (YEAC) to coordinate both present and former artisanal refiners in the Niger Delta to benefit from the modular refineries and other alternative livelihood opportunities in order to discourage them from oil theft and artisanal refining that contributes to environmental pollution, loss of livelihoods for fishermen and farmers as well as loss of revenue to government in the region.

The first major public gathering of the refiners from many States of the Niger Delta was on 14th April, 2017 during a sensitization workshop organized by Bayelsa Business Roundtable in collaboration with Modular Refinery Business Stakeholders’ Forum of Delta State with Mr. Fyneface Dumnamene as the lead resource person. In 2017, Mr. Fyneface Dumnamene was inaugurated with others as the Platform’s Regional Coordinator by a team from the office of the Special Adviser to the President of Nigeria on Niger Delta and Coordinator of Presidential Amnesty Program led by Piriye Kyaramo at a training program for the ex-artisanal refiners organized by ADVOCACY CENTRE held at City of Linus Hotel, Tai Local Government area of Rivers State on November 28, 2017.

Thus, since inception, Fyneface Dumnamene Fyneface, the Executive Director of Youths and Environmental Advocacy Centre (YEAC) has been the facilitator of the “Platform for the Coordination of Niger Delta Ex-Artisanal Refiners (PCNDERF)” with Advocacy Centre as the coordinating organization in line with its government approved mandate through Corporate Affairs Commission (CAC) “to campaign against oil theft, artisanal refining, environmental pollution,; youth empowerment and peace-building in the Niger Delta, etc”.

Advocacy Centre organizes sensitization programs, workshops and trainings for both artisanal and ex-artisanal refiners in the Niger Delta region and facilitates the refiners for engagement with government, ministries, departments and agencies, nongovernmental organizations, etc. that seek to interface with them for advocacy activities and alternative livelihoods opportunities.

It is against these backgrounds that Global Greengrants Fund (GGF) supported the November 2017 training of the refiners and on March 29, 2019, Advocacy Centre facilitated a workshop on “Artisanal Oil Refining in Rivers State and Presentation of Pilot Findings on Alternative Livelihoods in Bayelsa State” for artisanal refiners with funding support from Stakeholder Democracy Network.

In 2019, Advocacy Centre in partnership with SWAYA commenced a new series of advanced training for the artisanal refiners in the Niger Delta with funding support Development and Peace, Caritas, Canada. The artisanal Refiners in Bayelsa and Delta States were on Monday, October 7, 2019 trained and sensitised at at a program held at Peretimi Hotel, Yenagoa, Bayelsa State on “Guidelines for the establishment of modular refineries and renewable energy as alternative means of livelihoods for environmental sustainability in the Niger Delta”. On December 10, 2019, ADVOCACY CENTRE launched a campaign and currently registering youths in the Niger Delta including the artisanal refiners on a database created in partnership with SupremeWeb Solutions Ltd, Lagos in partnership with MTN, Globacom, Airtel and Visa Phone that supplied the shared Short Code: 33811 for the youths to text “YEAC Full name, sex, age, highest academic qualification (community) and State of Residence” at N50/SMS. Again, on December 16, 2019 crude oil refiners in Rivers State were trained on Guidelines for the establishment of modular refiners and renewable energy as alternative means of livelihoods in a program held at Grand Montecito Hotel, Port Harcourt with heavy media mobilization like it also was in Yengoa to take the massage to the Federal Government to act on its promise to establish modular refineries for youths in the Niger Delta region. ADVOCACY CENTRE and partners thus welcome the response from the President, Muhammadu Buhari on Friday, January 10, 2020 during the inauguration of National Oil Spill Detection and Response Agency’s (NOSDRA) Laboratory in Port Harcourt that crude oil refiners should be registered by the traditional rulers and form cooperatives modular refinery licenses. Advocacy Centre had thus initiated and opened discussions with traditional rulers and institutions in the Niger Delta for partnership for our ongoing registration for similar purposes.

Advocacy Centre looks forward to more partnerships and supports from governments, commissions, donor agencies/funding organizations, nongovernmental organizations, etc. to further engage and sensitize youths in the Niger Delta region against oil theft, artisanal refining and environmental pollution both in Rivers State and other States in Niger Delta region where this ugly activities are carried out with a view of reducing and subsequently ending the menace at the long run. SOME MEDIA RESOURCES OF OUR ADVOCACIES, TRAINING, PREPARATION AND CALLING ON THE FEDERAL GOVERNMENT TO ESTABLISH MODULAR REFINERIES FOR CRUDE OIL REFINERS IN THE NIGER DELTA:

The Necessity of Rehabilitating Nigeria’s Refineries, By Alexander Adejoh 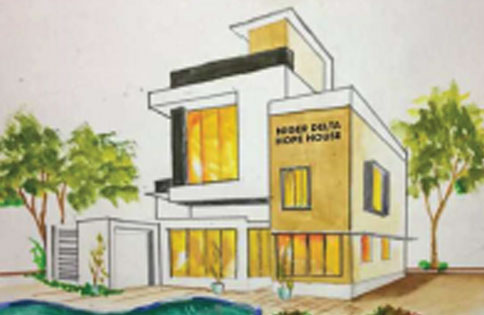