HomeBlogNewsADVOCACY CENTRE EMBARKS ON ENVIRONMENTAL ADVOCACY TO THE NATIONAL ASSEMBLY 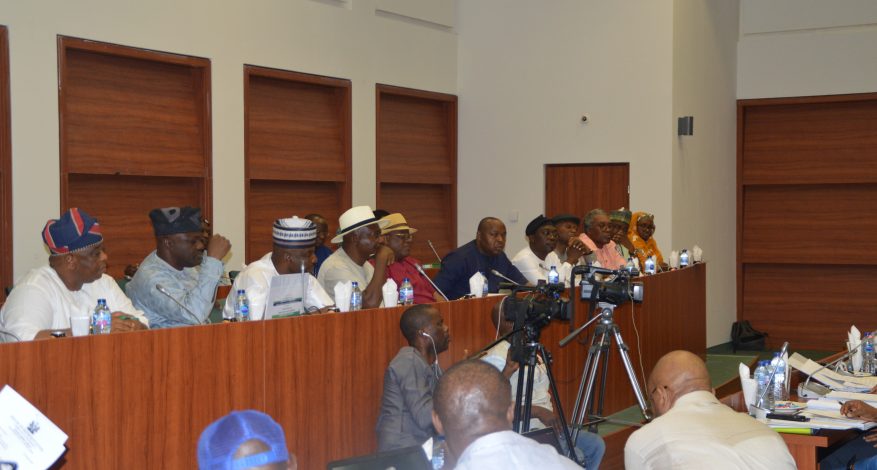 ADVOCACY CENTRE EMBARKS ON ENVIRONMENTAL ADVOCACY TO THE NATIONAL ASSEMBLY

As part of its objective/thematic advocacy areas of “environment, livelihoods and indigenous rights” and mandates to “strengthen community-based advocacy in the Niger Delta through multi-stakeholders’ engagement with media and legislative activism for development”, Youths and Environmental Advocacy Centre (YEAC) on Monday, February 17, 2020 joined other civil society organizations and stakeholders on an environmental legislative advocacy to Nigeria’s National Assembly on invitation by the House of Representatives’ Committee on Environment. The House Committee had conveyed the stakeholders’ meeting to discuss environmental issues especially the implementation of the United Nations Environment Program (UNEP) report (2011) on Ogoniland and the Ogoniland clean-up activities. 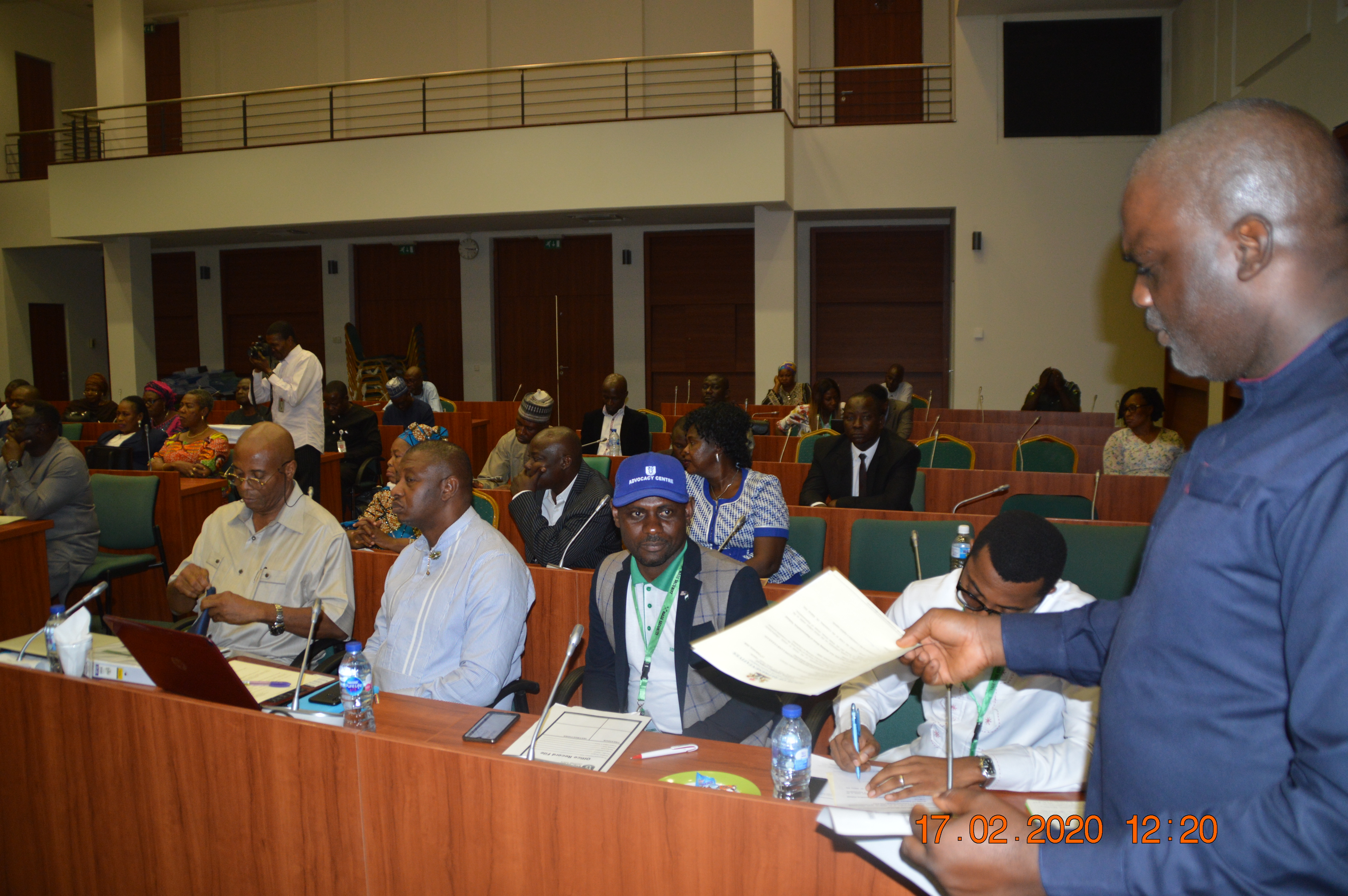 Advocacy Centre, represented by its Executive Director, Fyneface Dumnamene Fyneface in his lead presentation at the meeting told the House Committee Members that the emergency measures recommended by the United Nations Environment Program (UNEP) in the 2011 report has not been implemented but contracts have been awarded for remediation work to commence. He said the failure of the Cleanup agency to implement emergency measures such as the provision of portable drinking water, construction of Centre of Excellence to train youths with skills needed for the cleanup as well as not auditing the health of the people are the challenges facing the cleanup. He further said there is also communication gap between the project and the people despite available information that there is a communication company and that this cap is communication is creating problems for the cleanup project and there is need to bridge that gap.

Speaking at the hearing, different House Members of the Committee took time to air their views on the Ogoni Clean-Up exercise. The chairman of the House Committee on Environment, Hon. Johnson Oghuma in his opening statement described as unfair, the failure of Hydrocarbon Pollution Remediation Project (HYPREP) Coordinator, Dr. Marvin Dekil to submit some of the documents requested of him before the hearing. The Chairman listed documents not submitted by HYPREP as requested to include its statement of account, list of contractors, date of contracts awards with other details, etc and called on HYPREP to submit the documents to the House.

“….In terms of remittances to the program to date sir, let me give you the exact amounts that has been remitted. In 2016, the JV gave USD10million as a take-off grant for (fund-end) HYPREP activities. Out that amount, 5.5million dollars came from NNPC. That is our share, 5%. We paid that in 2016 for them to start off. In 2017 sir there was no cash request from HYPREP because they were just starting out and trying to put contracting processes in place. The gentleman there talked about value for work done and that is the truth. We are not going to disburse money if there is no work to support the receipt of those monies. So in 2017 no money was paid. In 2018 sir, because we got cash request from HYPREP, based on value of work done, we remitted 170million dollars to HYPREP. NNPC share of that was 93.5million dollars. That is my share, your share as a citizen of Nigeria that we all paid to this project. So 2018 was done. 2019, last year sir, we paid the full 180million dollars based on the cash-fund request from HYPREP. NNPC share again, my share, your share, your children share, my children, 99million dollars we paid. So, in total sir, as of today, we have paid 360million dollars to HYPREP. NNPC share of it is 198million dollars. So that is where they are in terms of funding”. You can listen to the audio of his speech here https://soundcloud.com/youths-and-environmental-advocacy-centre/nnpc-roland-ewubare-audio-on-hyprep-funding-so-far 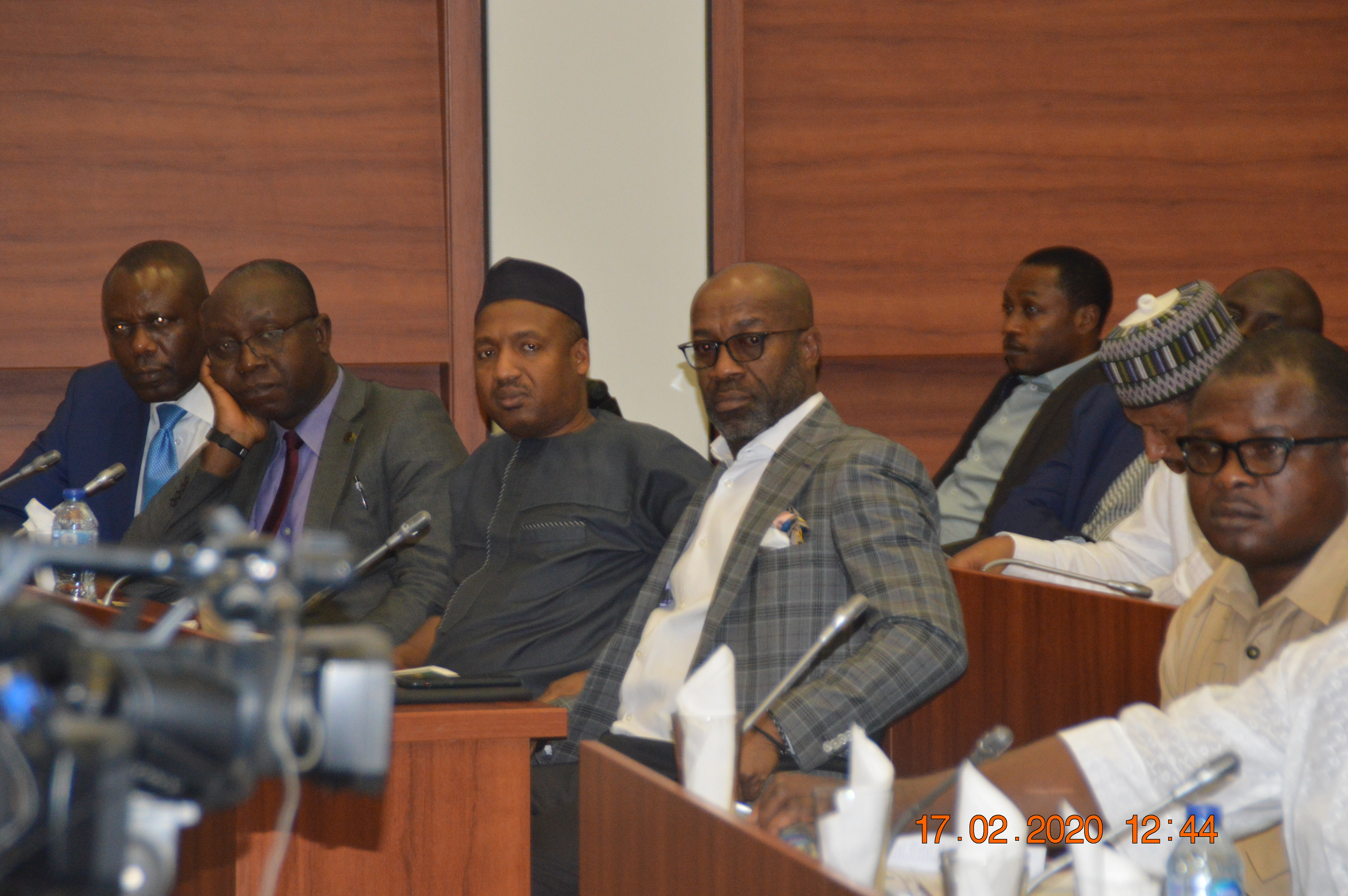 (Chief Operating Officer for upstream,NNPC, Roland Ewubare, 4th from left, at the meeting)

Also speaking at the public hearing, the Member representing Khana/Gokana Federal Constituency, Rt. Hon. Dumnamene Dekor, expressed worry over the handling of the cleanup such that the United Nations Environment Program (UNEP) recommended emergency measures including drinking water, health audit, centre of excellence and contaminated soil management centre has not be constructed or done but the cleanup is started. He expressed worry that carrying out cleanup without soil treatment centre would lead to contamination of other sites where the excavated soil is dumped.

Another member of the House Committee on Environment and former Minister of Environment, Hon. Aishatu Jibrin Dukku described the training of sixty (60) women of Ogoni as unacceptable as there more women in Ogoni beyond the proposed total of 400 or 1200 over many years. She further frowned at the skills that the women are to be trained on including cassava processing which is already the trade of the people and unacceptable in the 21st century.