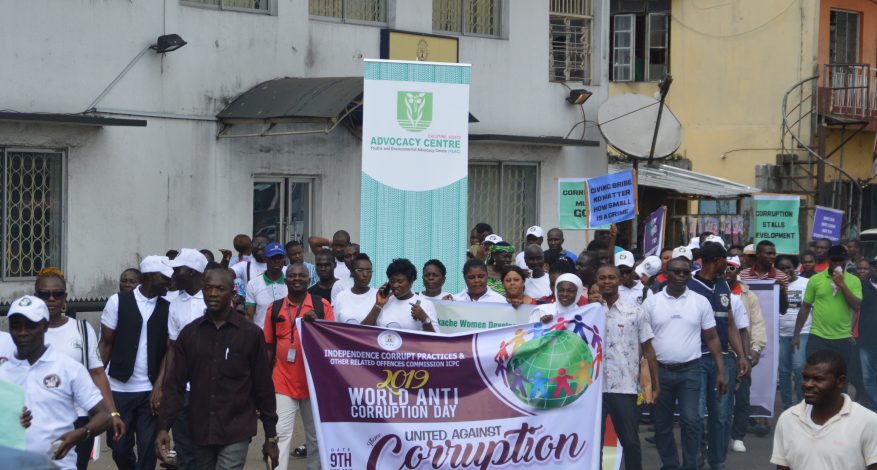 Youths and Environmental Advocacy Centre (YEAC) in collaboration with the Independent Corrupt Practices and Other Related Offences Commission (ICPC) united with other non-governmental organizations to mark the World Anti-Corruption Day 2019 in Port Harcourt, the Rivers State capital on December 9. The walk started by 9AM at the rendezvous at Kaduna/CFC Junction along Aba road and continued through fruit garden market to Okija Street to Ikwerre road to Mile 1 flyover bridge and terminated at the Rivers State Pavilion at Isaac Boro Park. 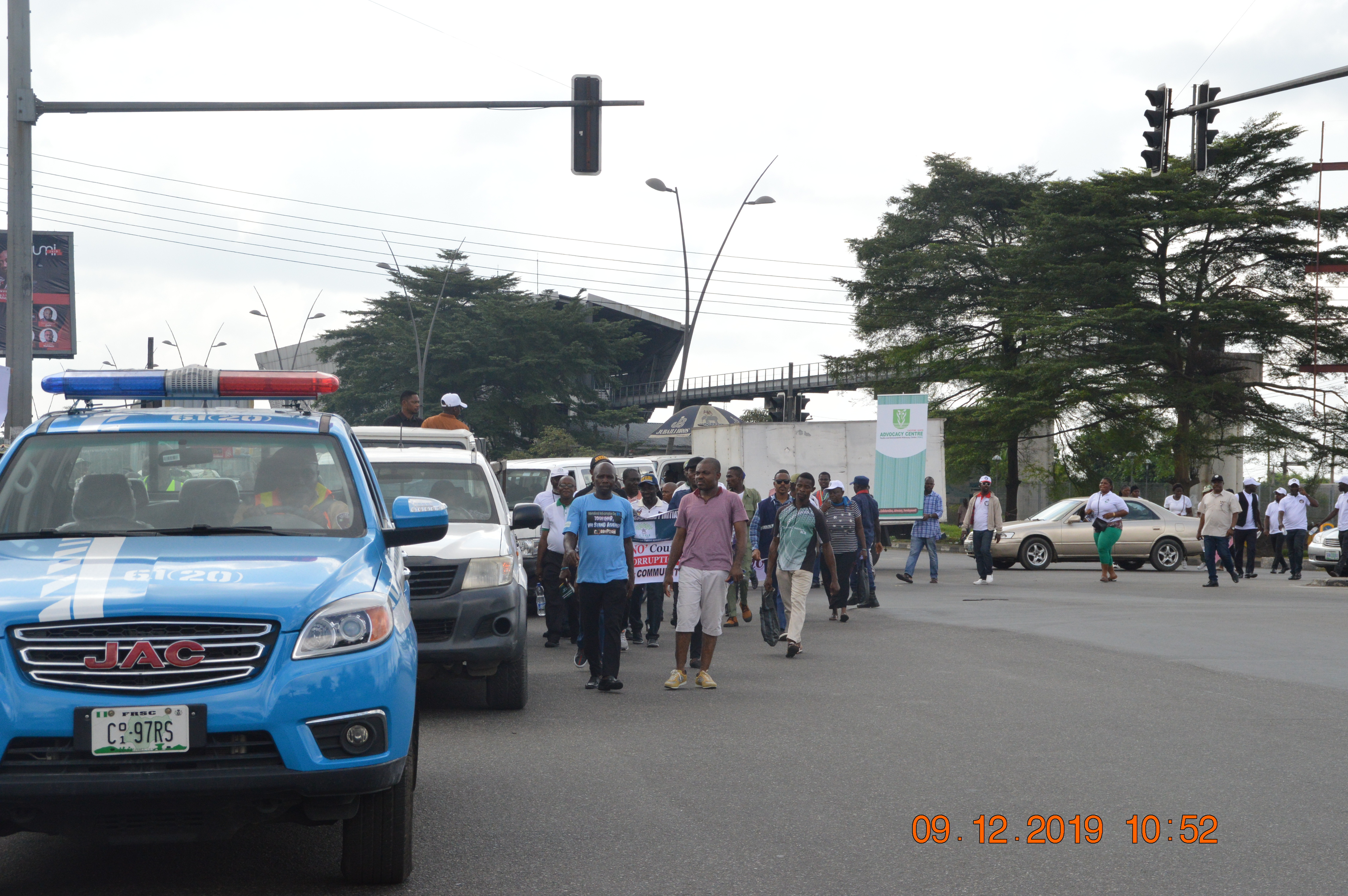 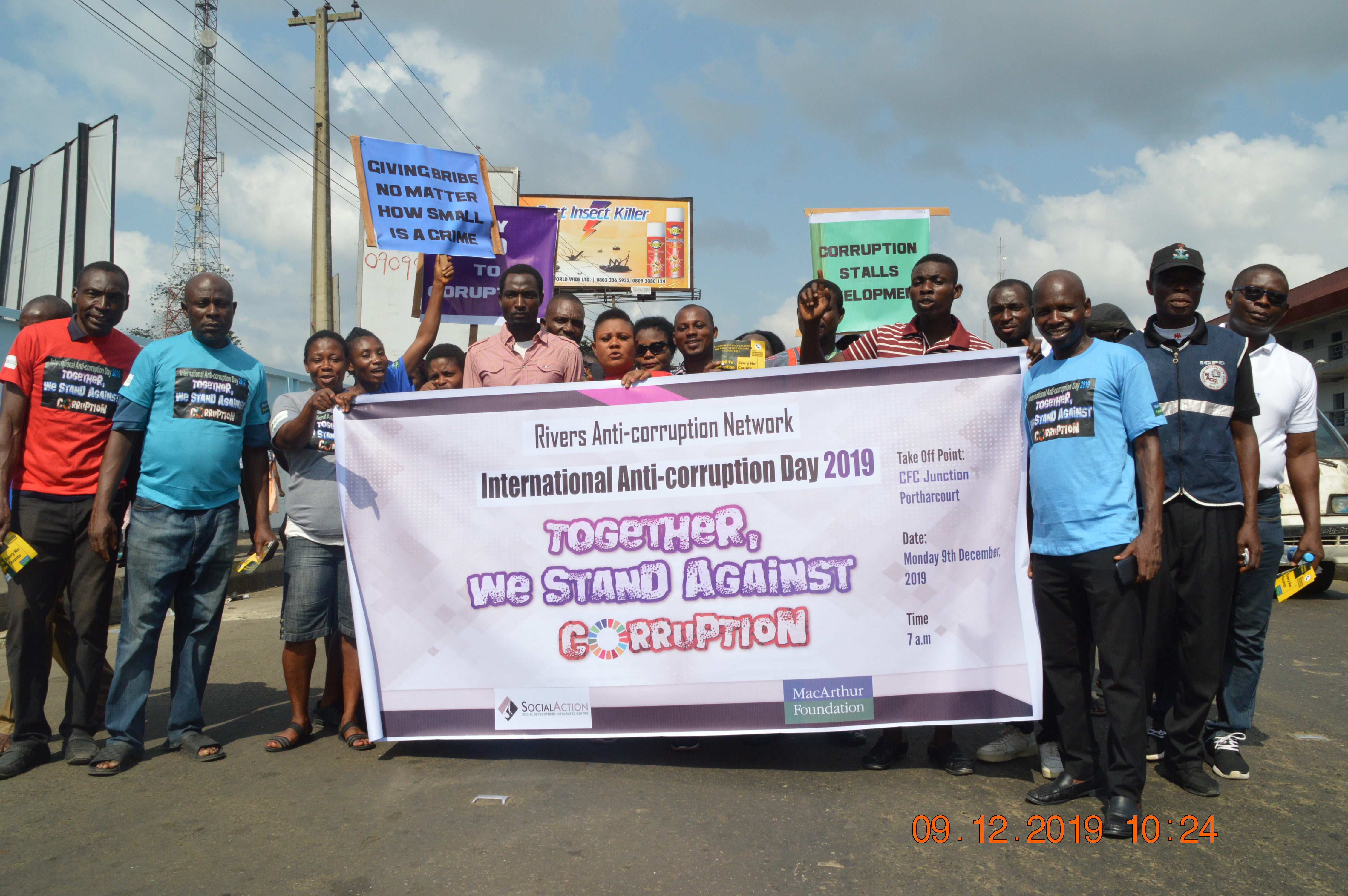 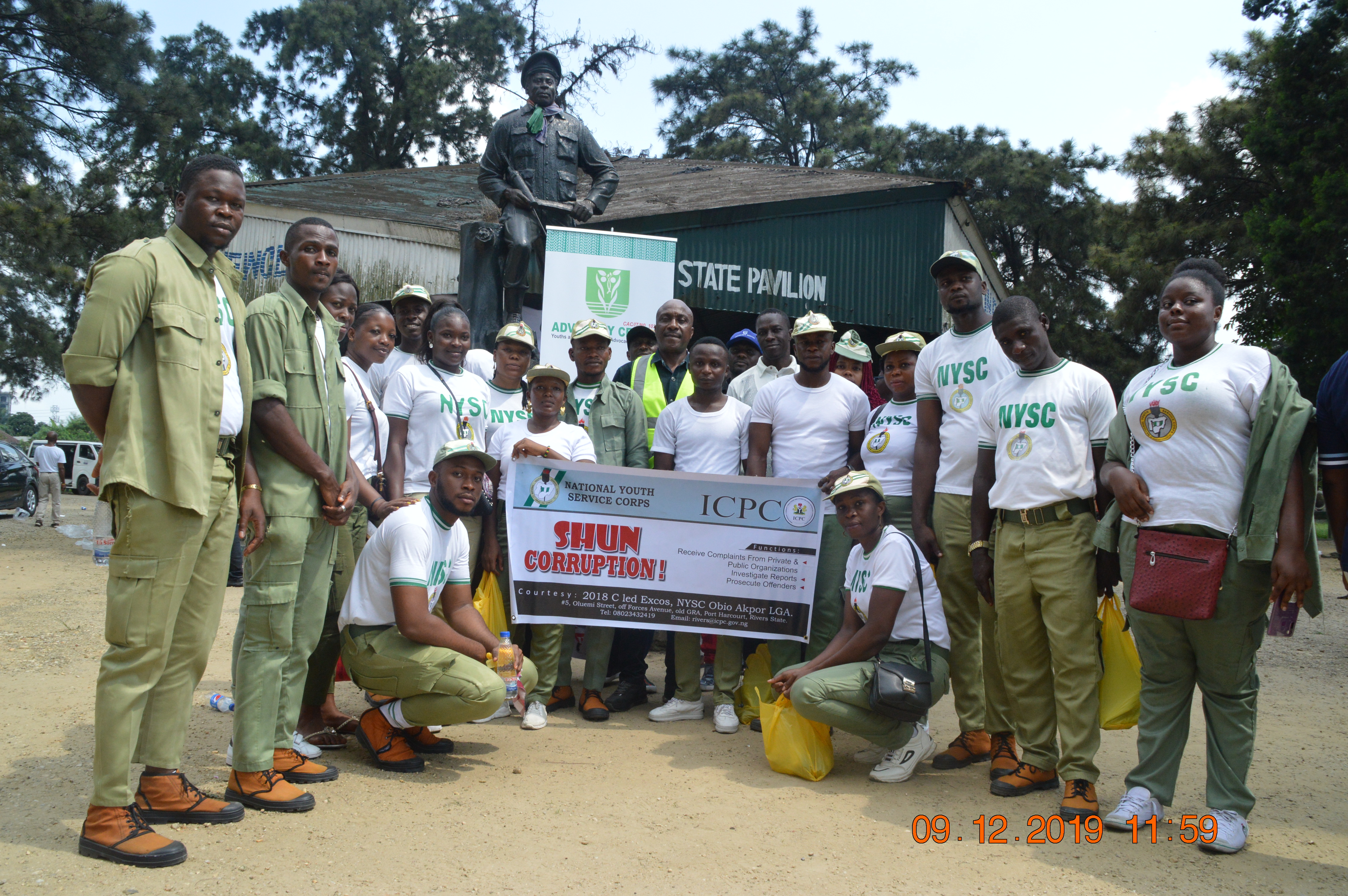 During the street walk, participants held banners and placards with the inscription “Expose corruption”, “Wetin we gain with corruption?”, “Giving bribe, no matter how is a crime”, expose corrupt public office holders”, “Corruption Must Go”, etc.  The high point of the day’s walk against corruption was the retiring of the team to a town hall meeting at Isaac Boro Park in Port Harcourt where the Rivers State Commissioner of the ICPC, Mr. Alexander Chukwurah addressed the people and the media about the efforts of his commission in the fight against corruption. 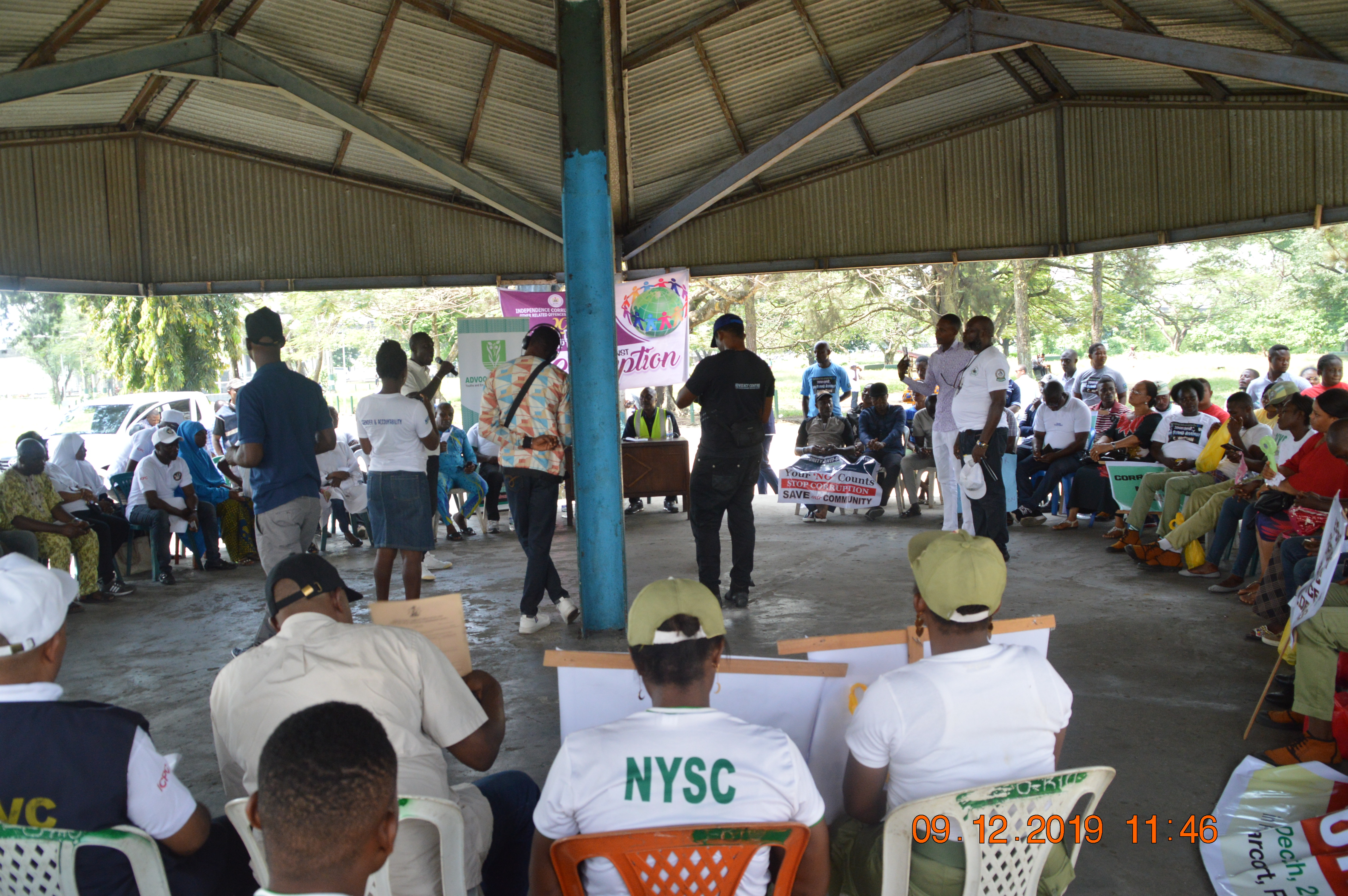 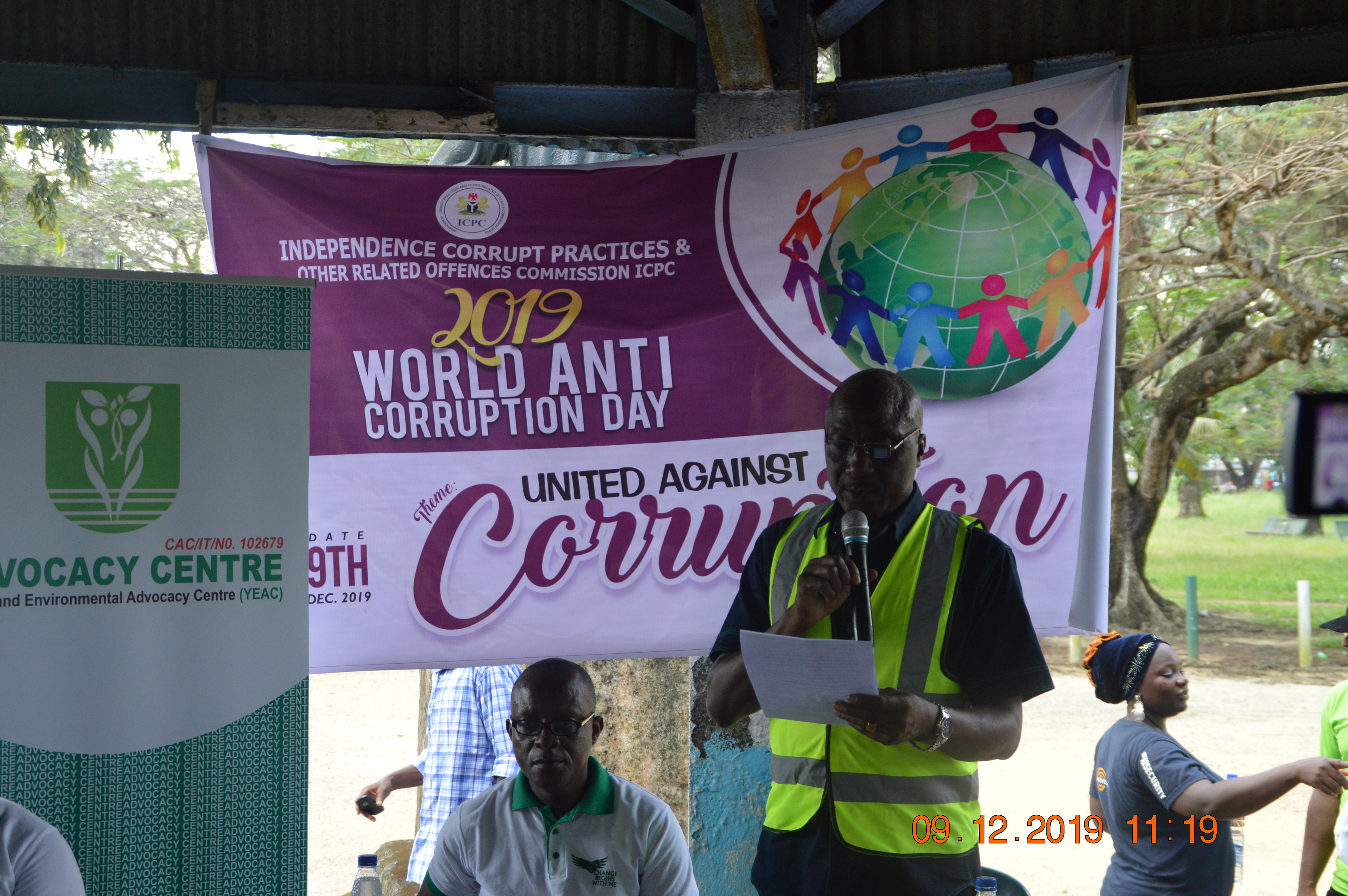 Other representatives of each organizations present as well as other participants also spoke about their efforts in the fight against corruption. 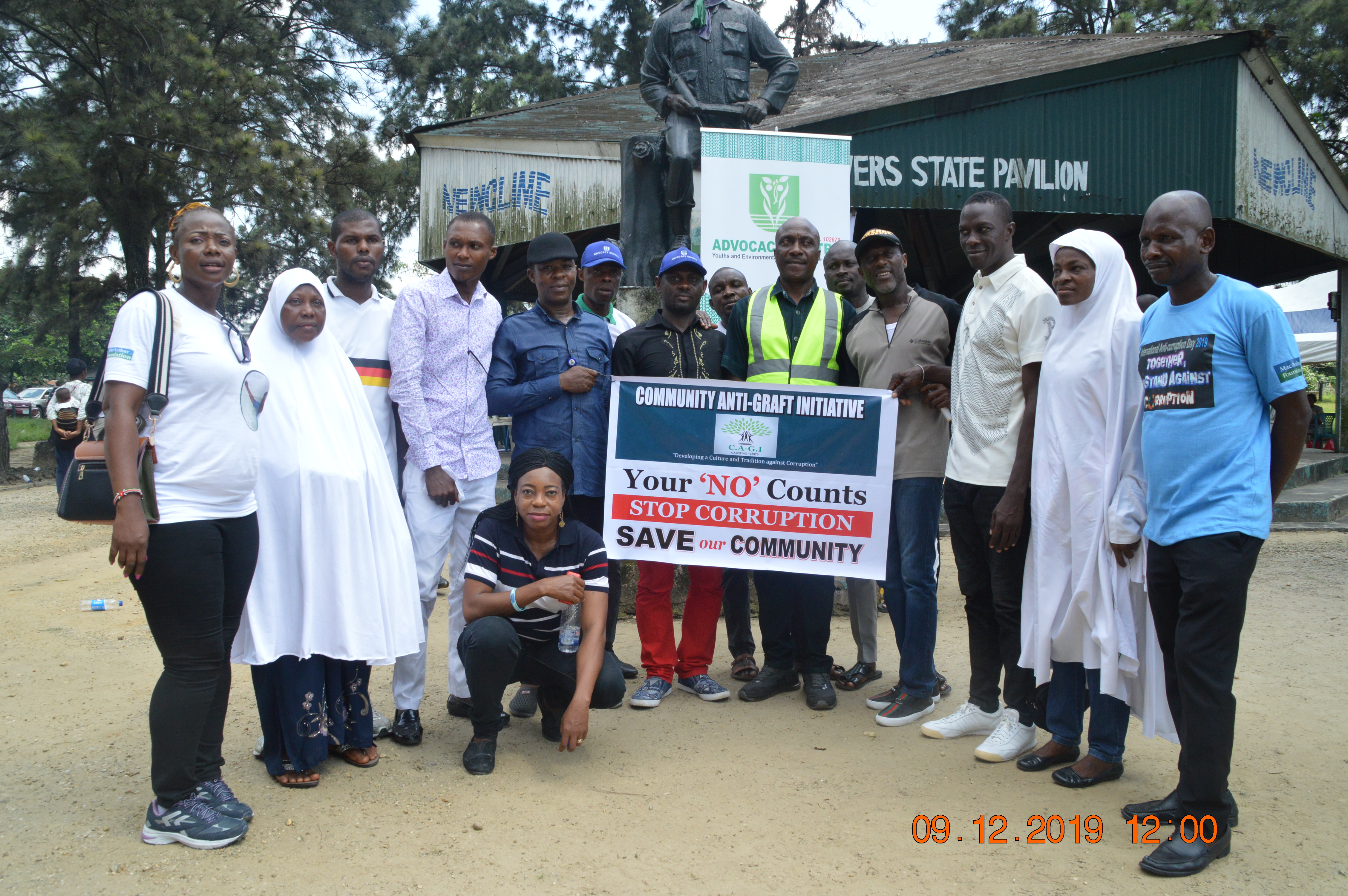 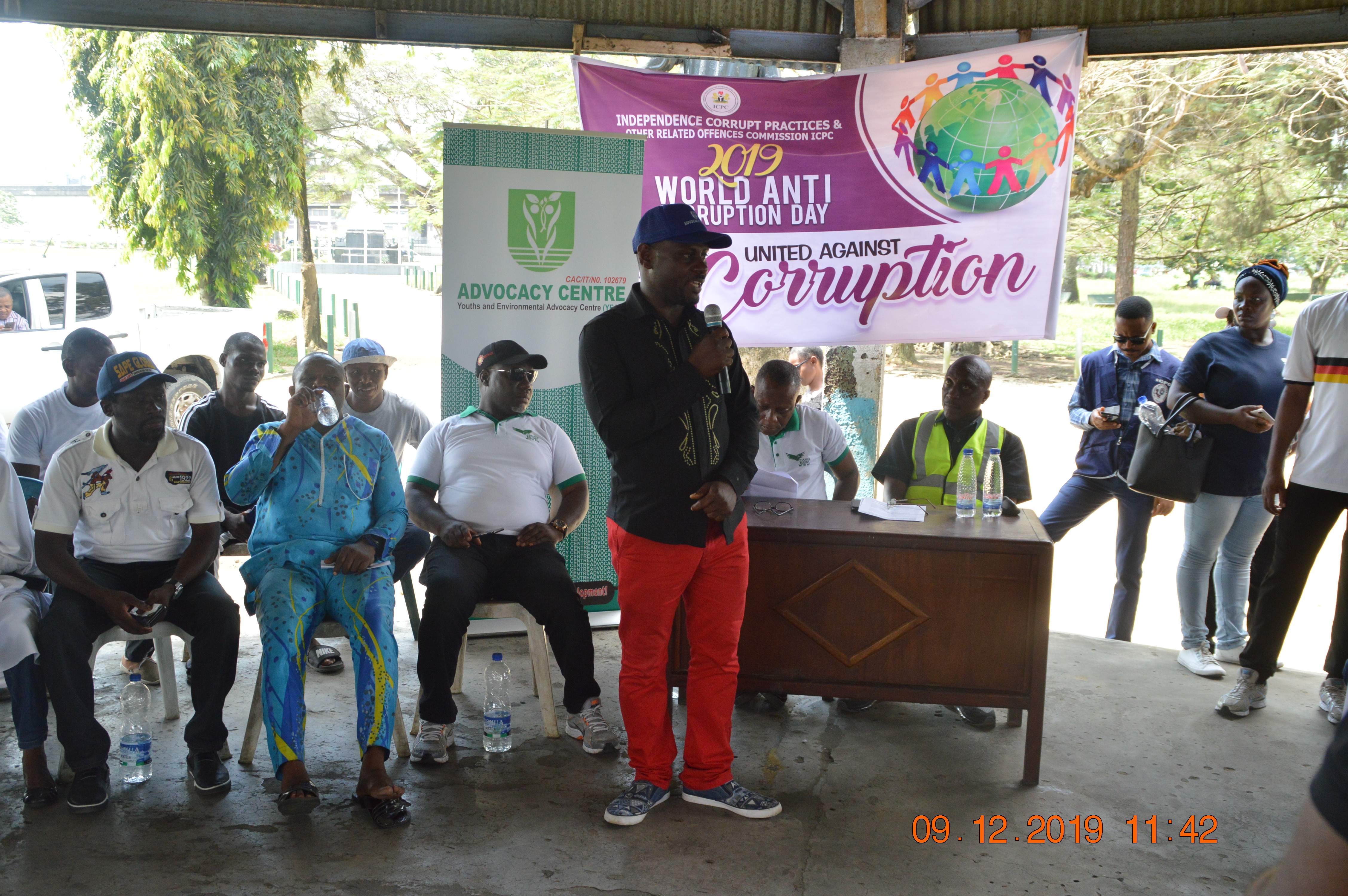 As according to him, “…the development that we all work to achieve in society will only be achieved when we remove corrupt practices from development process, hold our public office holders to account to free-up resources for development and good governance”. Mr. Fyneface used the medium to talk about planned activities of Advocacy Centre for the mobilization and sensitization of One Million Youth Volunteers in the Niger Delta to among others report corrupt practices that contribute to the underdevelopment in the region. He invited the people to attend the regional flag-off of the campaign held on International Human Rights Day, Tuesday, December 10 in Port Harcourt. 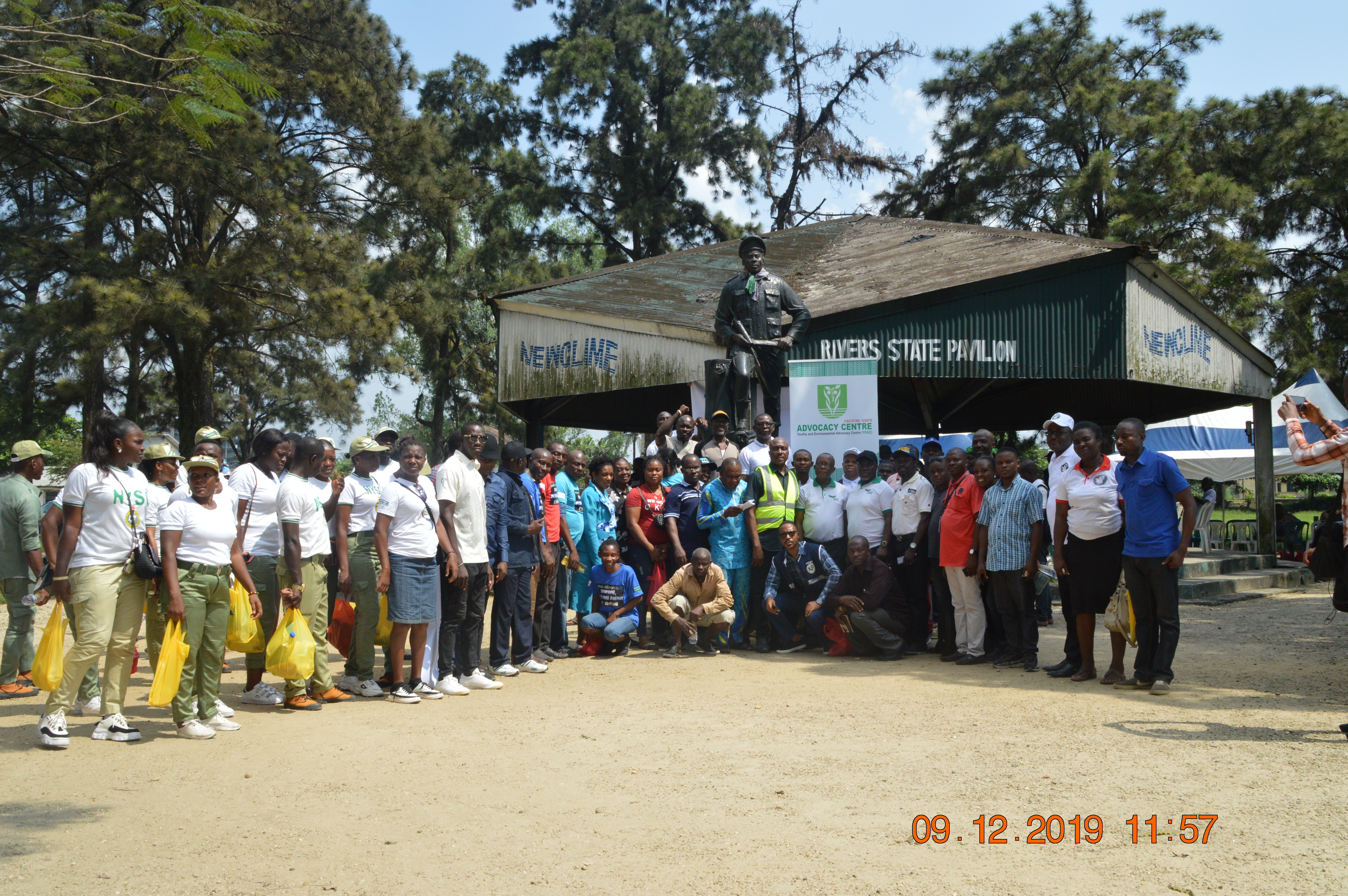