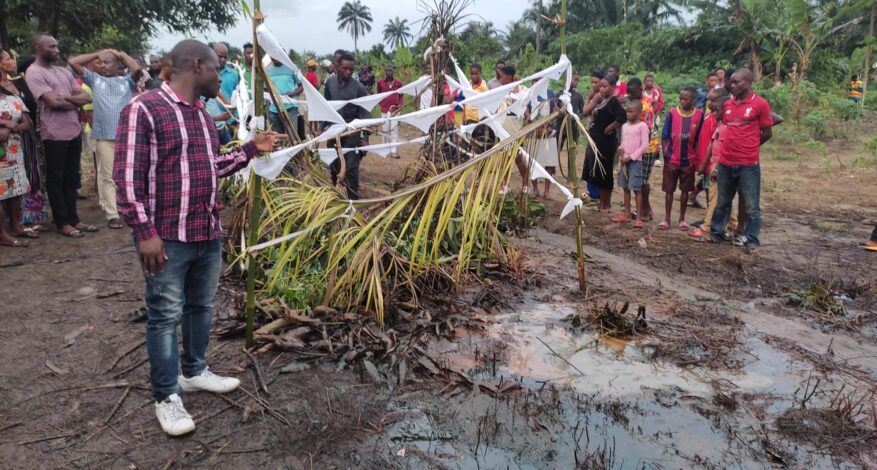 The latest spill occurred at the same spot where there was an oil spill on August 24, 2022 but it was yet to be clamped by Shell as discussion was still ongoing with the community people for access to site to be granted. The community is said to have denied Shell’s access to the site because in an oil spill incident in 2020, the company was granted access to the spill point and after clamping it, they disappeared and did not return to engage the community with a view of cleaning up the spill as the incident was blamed on equipment failure. Before the August 24 and 30th oil spills at the point visited by Advocacy Centre, there was yet another oil spill in the community on the same TNP on August 2, making a total of three oil spills in the community for the month of August 2022 alone. 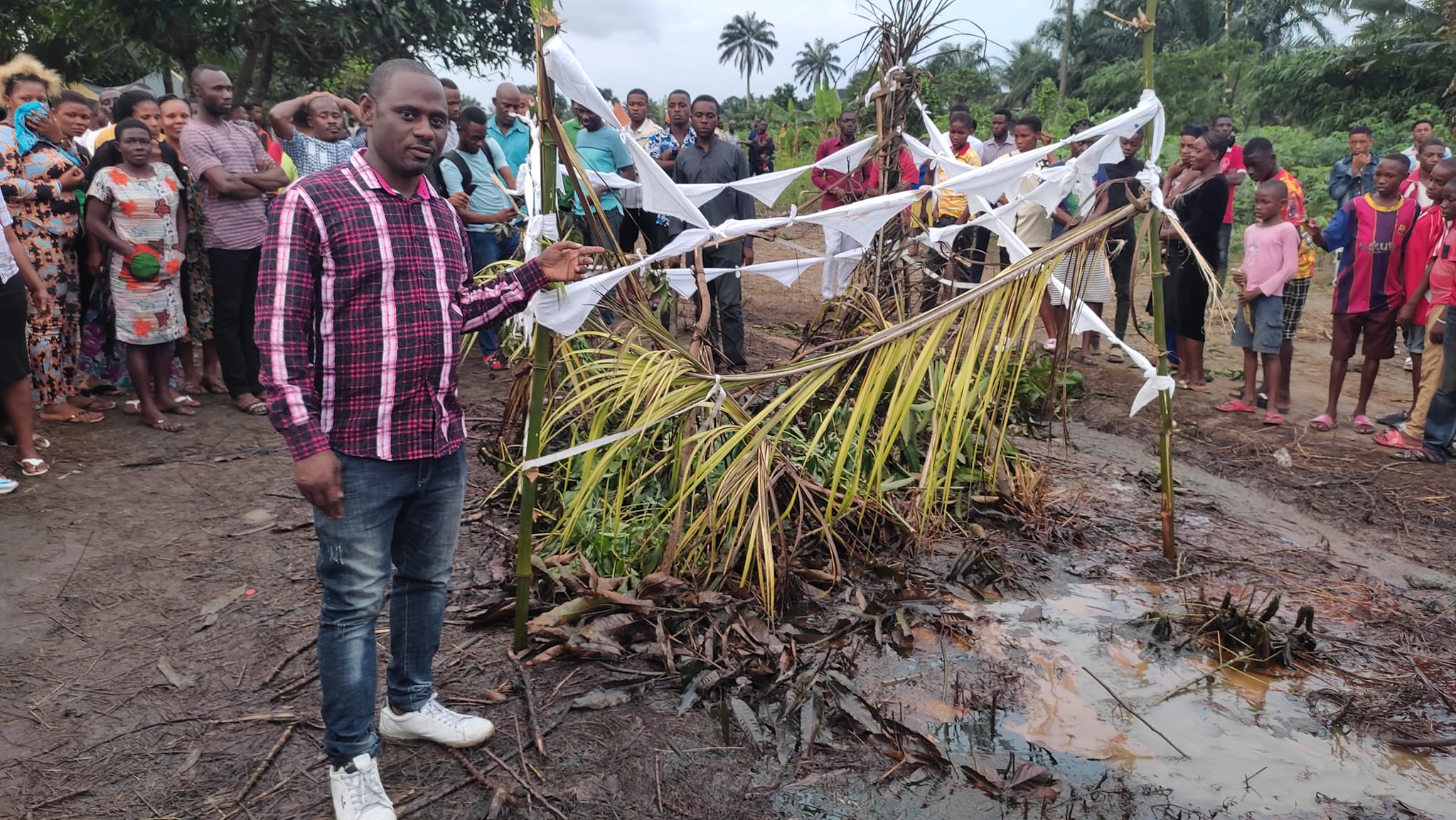 Advocacy Centre observed that over a thousand community people are at the site keep watch and exchanging themselves. They have canopies set up to provide shed from rain and high sun. YEAC-Nigeria also saw cooking utensils which implies that the community people stay there, cook and eat as they keep watch over the spill point.

YEAC-Nigeria could still see the crude mixed with water ‘boiling’ from the ground at the spill point where community people have used sticks and pal-fronts to tie round it. The environs of many living house around the spill point is polluted, cassava, yam and other crops planted in farms around the area are devastated by the spill with very stern unbearable ordour that chokes in the area.

The community people who spoke to Advocacy Centre through the Leader of Bodo Youth Congress, Mr. Behbari and exclusively presented a long list of demands are among others demanding the clamping of the spill point, payment of compensation that covers the economic trees and crops destroyed, clean-up of the area and payment of adequate compensation to all members of the community, etc. 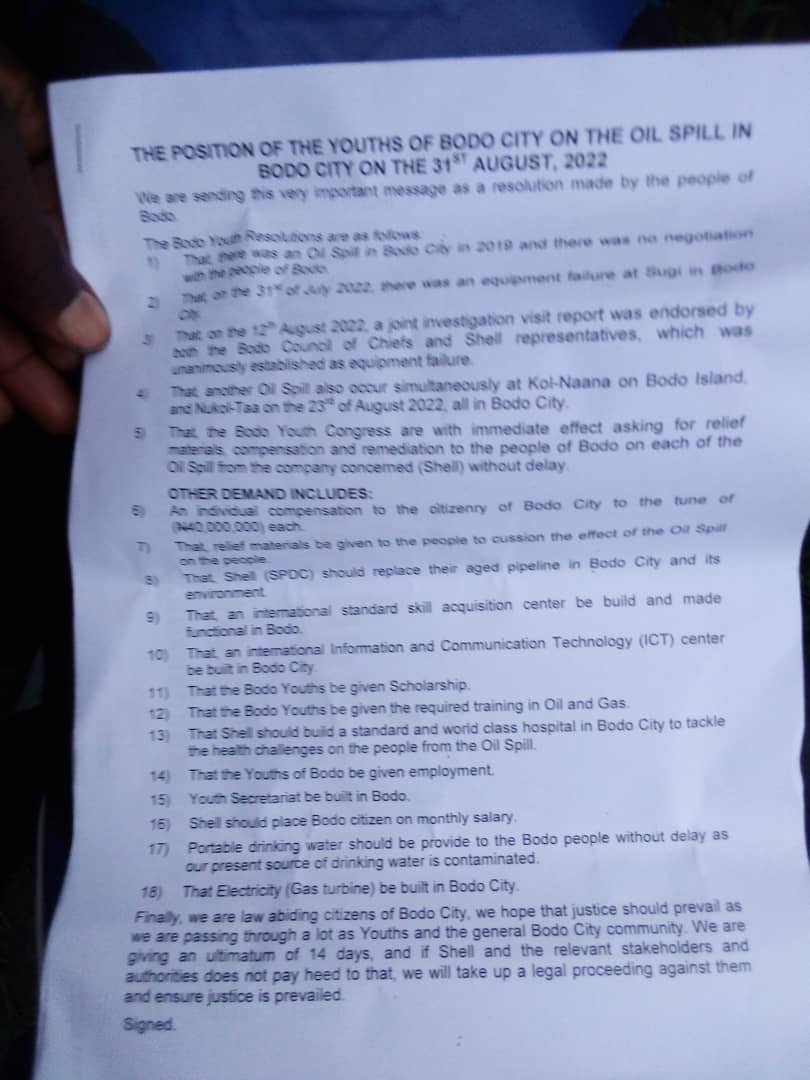 It would be recalled that in 2008 and 2009, there were oil spills in Bodo community leading to a case in a London High Court and for which Shell opted for out of court settlement and 55 Million Pounds was paid to the community in compensation with a component for environmental remediation which is still ongoing but new spills are being added to the existing ones.