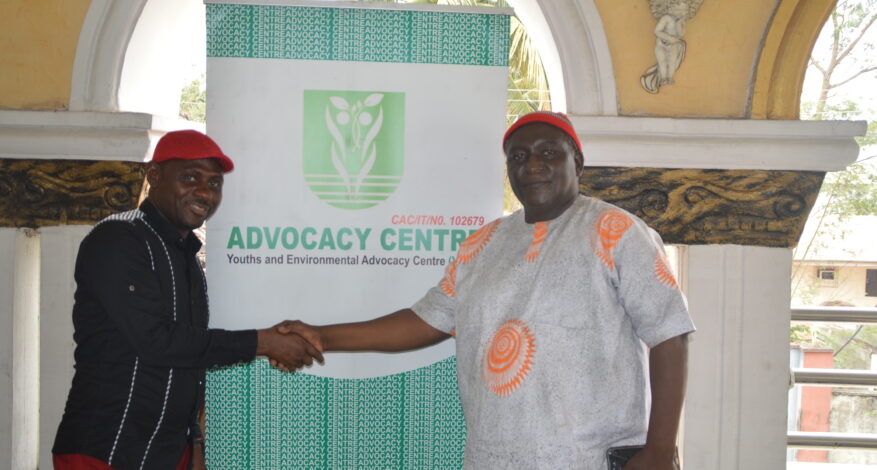 April 5, 2022By admin0 comment
Youths and Environmental Advocacy Centre (YEAC) on April 5 had a closed-door consultative meeting with His Royal Majesty, Eze Wisdom Ekueku, the Ohazuru Mee 1 of Dim Na Opara Ancient Kingdom and Chairman of Umuopara Council of Traditional Rulers in Umuahia, the Abia State capital on environmental advocacy, campaign against artisanal refining and discussion on proposed alternative livelihood opportunities for artisanal crude oil refiners in Abia State.
The engagement is part of ongoing consultative meetings in the state for collaboration with Advocacy Centre to address issues relating to artisanal crude oil refineries, environmental pollution and related issues with a view of providing alternative livelihood opportunities for youths involved in the act in the state through the Federal Government proposed Modular Refineries among others. The Federal Government on January 19, 2022 approved 18 licenses, three for each for Rivers, Cross River, Delta, Edo, Akwa-Ibom and Bayelsa States. Imo, Ondo and Abia States were excluded despite the fact that Abia State among others is one of the oil producing States with artisanal refining activities which these class of licenses aimed to address is ongoing also. In a press statement dated January 24, 2022 titled “YEAC Commends FG for 3-Per State Modular Refinery Approval; Calls for the establishment of PACORDI, Removal of Cross River from Pilot”, the organization had demanded that Abia State is considered in the pilot phase to address the issues there. 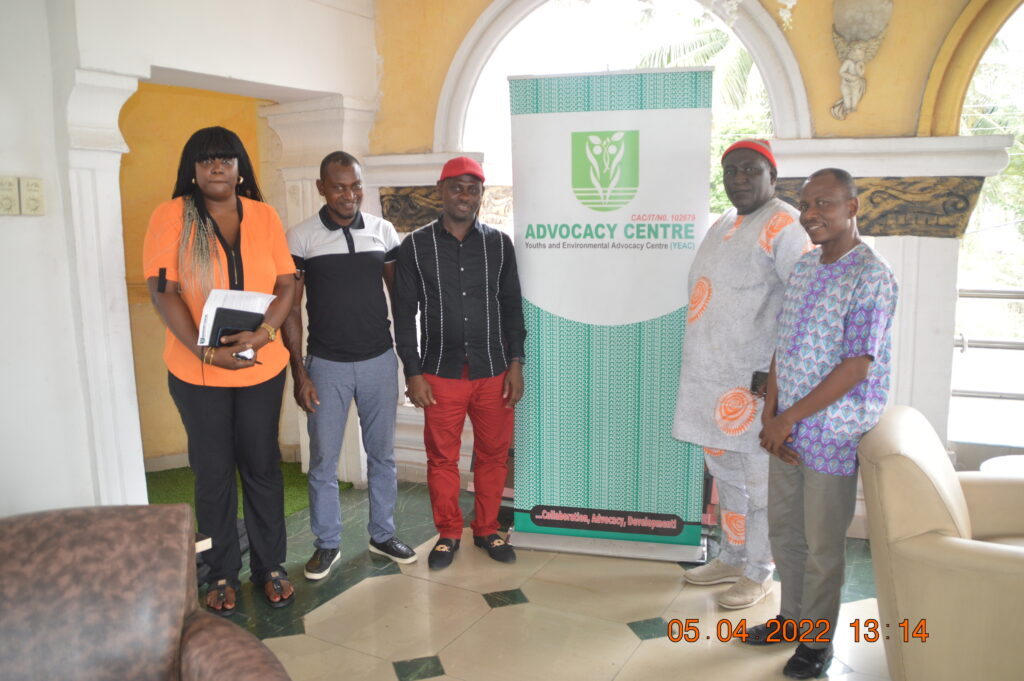 Speaking at the meeting, the Executive Director of Advocacy Centre, Fyneface Dumnamene Fyneface thanked the monarch for the invitation and meeting to discuss ways of partnering with him, the traditional institutions and other stakeholders in the state for the improvement of Niger Delta environment and the lives of youths through the facilitation of the process of providing alternative livelihood opportunities for artisanal refiners and other youths who have not been involved in the act as part of measures to re-enforce good behaviours. Fyneface further told the traditional ruler that the state is at advantage to benefit from the modular refinery licenses through collaborative advocacy because it is a Niger Delta State, an oil producing state and artisanal refining which the licenses targets to address are ongoing among others. He also told Eze Wisdom that Abia being a state where artisanal refining is ongoing in parts, it also stand the chances of benefiting from its proposed Presidential Artisanal Crude Oil Refining Development Initiative (PACORDI) which is aimed at innovating and legalizing artisanal refineries. 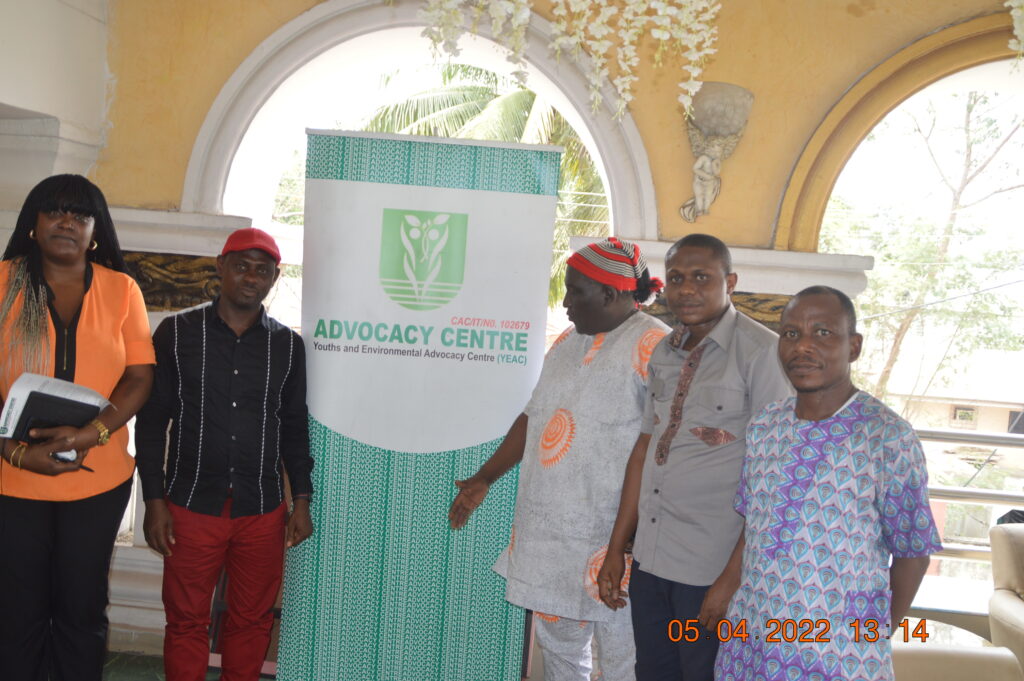 Responding, His Royal Highness, Eze Wisdom Ekueku thanked the Executive Director of YEAC, Fyneface Dumnamene and his entourage for the visit and expressed his willingness and that of his council and other stakeholders to collaborate with Advocacy Centre and attract positive development to the state. Adding that, more consultative meetings would be facilitated to deepen discussions and partnership for advocacy and development.
YEAC’s Executive Director, Fyneface Dumnamene was accompanied on the visit by Chima Avadi, Bere Letam Noble and Cosmas Gbereva all of Youths and Environmental Advocacy Centre (YEAC), Nigeria as well as Samantha Wilson, facilitator.
FYNEFACE DUMNAMENE FYNEFACE,
Executive Director, YEAC.
05-04-2022