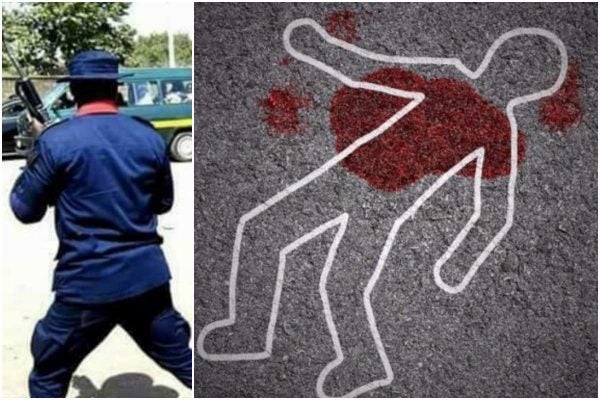 June 9, 2021By admin0 comment
Advocacy Centre Condemns Killing of Bus Driver by Felix Nwadibeyi’s Taskforce, Calls for Prosecution of those involved, Review of Taskforce Operations
Youths and Environmental Advocacy Centre (YEAC) condemns in the strongest terms, the killing of a bus driver, Mr. Christian popularly known as “Biggy” in cold blood along the Mgboba-NTA Road on Tuesday, June 8.
The Executive Director of Advocacy Centre, Fyneface Dumnamene Fyneface who also witnessed the ugly incident while returning from a live radio program on Nigeria Info, 92.3FM along with hundreds of others who gathered on both sides of the road and watched Biggy killed narrated that
“…. the victim, who carried some passengers in his commercial bus was coming from Mile-3 area and heading towards the Choba axis of the road. He stopped somewhere opposite NNPC Filling Station along that road to drop a passenger. As he pulled over from the road and stopped, he was accosted by members of the Taskforce who drove in their branded Hilux Van accompanied by armed security operatives including men of the Nigerian Security and Civil Defense Corps (NSCDC) that were coming behind him. Problem started when the Taskforce officials attempted to grab the driver’s bus key and impound his vehicle.
Biggy (who is fat, hence the nickname) who initially attempted to playfully negotiate his way out of the problem later resisted the arrest, insisting that where would he have dropped passengers when there is no official bus-stop along that road and in the process, an NSCDC officer identified as Patrick Igwe that accompanied the Taskforce did the ‘security’ job for which he is paid by the Taskforce; cocked his gun and shot Biggy in his abdomen, through his leg close to his manhood and Biggy fell down. As Biggy started struggling for his life on the ground in the pull of his blood oozing out like water, the Taskforce and killer NSCDC Corps jumped into their Hilux and zoomed off. Biggy was carried into his bus that all passengers have deserted and drove to nearby hospital where he was pronounced dead on arrival by a doctor”.
The incident provoked the Bus Driver’s Union to protest and blocked the road to traffic and they have vowed to withdraw their services on June 9 while calling on the security operatives and Governor of Rivers State to bring the Taskforce members and Killer NSCDC officer to justice for killing Biggy for dropping passengers along a road that does not have official bus-stop.
It would be recalled that on January 25, 2021, the same Taskforce headed by DSP Felix Nwadibeyi (Rtd) who is also a Special Assistant to Governor Nyesom Wike chased a vehicle along Garrison Junction that knocked down a staff of Advocacy Centre, shattered his leg, abandoned him there and zoomed off as they also did after killing Biggy. 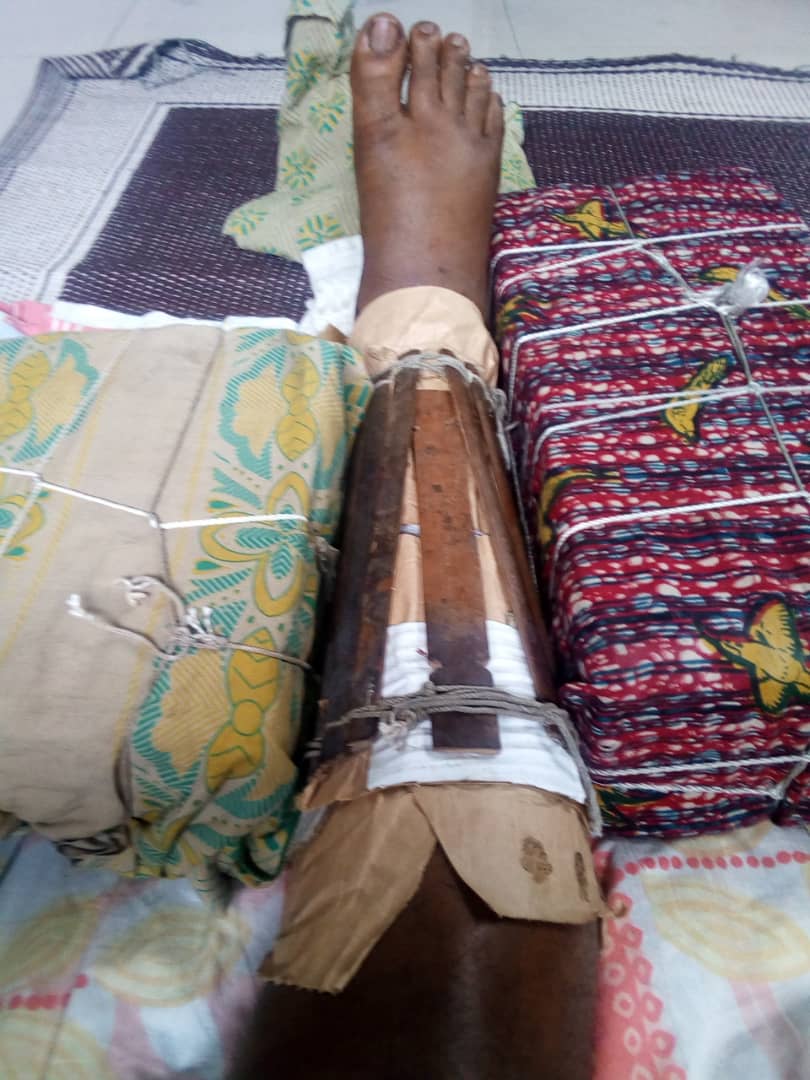 (The Leg of our Staff after the Taskforce incident)
Advocacy Centre did an official letter dated January 27, 2021 reporting the incident to the Chairman of the Rivers State Taskforce on Street Trading and Illegal Motor Parks, Mr. Felix Nwadibeyi but he refused to accept the letter, officially denying the incident that his Taskforce members were not responsible for the incident because Advocacy Centre failed to show the Hilux Van’s plate and operational number pointing at the zone of the Taskforce. Unofficially, Mr. Felix sympathized with Fyneface and Advocacy Centre over the incident and said he got there shortly after the incident took place but could neither meet the victim nor the car that the taskforce was chasing (which he claimed that car saw the taskforce and drove off and hit my staff and not the taskforce chasing it even when he was not there as reported by our staff) and was glad to have gotten more information about the incident and the victim. He then offered to assist our staff with some money to support his treatment out of compassion and on humanitarian grounds but later turned around, warned Fyneface not to bring the letter to his office or notice anymore that his colleagues advised him against supporting the treatment that doing so would imply accepting responsibility over the incident he denied.
Till date, our staff remains at a particular spot, incapacitated and cannot still walk after he was transferred from Military Hospital Port Harcourt on January 26 to a local Chiropractor for bone setting.
When Mr. Felix Nwadibeyi was contacted on June 8 via text messages and WhatsApp over the extrajudicial killing of Biggy, reminded of the incident involving YEAC’s staff, other harassments, atrocities and blood on the streets of Port Harcourt as well as human rights violations by his Taskforce in Rivers State, Mr. Felix responded in various text and WhatsApp messages during the exchange of messages that “God will punish you and your father if at all you have one”, and when he was told that this his response as a public officer being paid with tax-payers’ money would be made public he further responded that “Please go ahead, You will go for thanksgiving if you achieve your aim positively but if reverse should be the case, you will commit suicide for fighting someone who did nothing to you” “Mr Fyneface, should you make my reply public without making yours public, you shall not escape the anger of wrath of God“, etc.
Both Fyneface’s messages and responses of Mr. Felix were made public on our official WhatsApp Platform, shared with the Governor and would be published today on our website at www.centreadvocacy.org and on the website of Action Group on Free Civic Space in Nigeria at here at  and, an official report from Advocacy Centre including the letter with photographs of our staff that the Taskforce Chairman refused to receive in January 2021 would be packaged with this report and send to the Governor with a cover letter on the killing of Biggy among others.
Advocacy Centre condemns the killing of Biggy, maiming of citizens, human rights abuses and calls on His Excellency, Governor Nyesom Wike,CON to review the activities of the Taskforce under the watch of Mr. Felix Nwadibeyi that is now towing the part of previous taskforce that was disbanded and its chairman sacked.
We demand justice for Biggy through the prosecution of the killer NSCDC official to serve as deterrent to others.
As a member of Action Group on Free Civic Space, Advocacy Centre will continue working with other network members across the country to ensuring that human rights are respected, those whose rights are violated get justice through the identification and advocacy against the overbearing, abuses and over-application of force on citizens by security operatives in a democratic dispensation.
Fyneface Dumnamene Fyneface,
Executive Director, Advocacy Centre.
June 9, 2021
Email: fyneface@centreadvocacy.org
Cc:
1. His Excellency, Chief Barr. Nysom Wike, CON, POS African, Executive Governor, Rivers State
2. Commissioner of Police, Rivers State Command.
3. Department of State Services, DSS, Rivers State Command,
4. Nigeria Security and Civil Defense Corps (NSCDC), Rivers State Command.
5. National Human Rights Commission, Rivers State Zonal Office
6. Action Group on Free Civic Space in Nigeria
7. Mr. DSP Felix Nwadibeyi (rtd), S.A. to the Rivers State Governor and Chairman of Taskforce on Illegal Street Trading and Motor Parks
8. Members of the Press and the General Public.
TagsNSCDC Killed Bus DriverRivers State Taskforce on Street Trading and Illegal Motor Parks