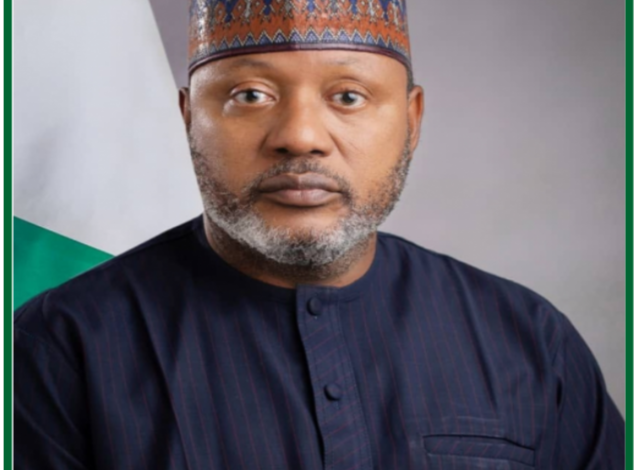 July 30, 2022By admin0 comment
In YEAC’s Press Statement on HYPREP’s transfer from Ministry of Nigeria Delta Affairs dated July 28, 2022 that was signed by our Executive Director, Fyneface Dumnamene Fyneface, it was stated in part that President Buhari may not be aware of the transfer. We also accused the Minister of State for Niger Delta Affairs, Sharon Ikeazor of allegedly masterminding the action and we called for investigation and for the the action to be rescinded among others. In the response below from the Ministry of Environment, we could see clearly that Mr. President was not aware of the transfer and had rescinded the action while ordering audit of HYPREP among others.
However, YEAC’s still believes that there is more to this issue than we are currently aware of till Mr. President speaks by himself through his S.A. on Media and Publicity among others. This is because, this assurance is coming from a Minister who may not also be speaking for Mr. President. While we wait for plans to play our more in the days ahead, WE THANK THE HON. MINISTER OF ENVIRONMENT AND MR. PRESIDENT FOR REVERSING THE ILL-FATED ACTION OF THE CABALS IN YOUR GOVERNMENT!
“FEDERAL MINISTRY OF ENVIRONMENT
PRESS RELEASE
We wish to assure the general public that the establishment of the Hydrocarbon Pollution Remediation Project (HYPREP) is guided by legal instruments and International obligations which effectively placed it under the purview of the Federal Ministry of Environment.
Moreover, this is in line with Government gazette and United Nations Environment Programme (UNEP) report guiding the establishment of HYPREP as the project is aimed at solving environmental challenges and therefore is appropriately domiciled in the Federal Ministry of Environment.
We wish to further inform the general public that President Muhammadu Buhari has, vide a memo dated 28th April, 2022 with Ref No, PRES/81/SGF/82 conveyed via the Secretary to the Government of the Federation, reiterated the oversight of the Federal Ministry of Environment over HYPREP and has directed the Minister of Environment to deliver on the Ogoniland cleanup with dispatch
While approving the reorganization of the operations of HYPREP to make it more effective, President Buhari equally directed for the full audit of the accounts of HYPREP from inception to date,
The Ministry therefore assures all International Oil Companies (IOCs), partners and Ogoni Stakeholders of the commitment of the Federal Government to those instruments and obligations.
In this connection, the Minister of Environment, Mohammed H. Abdullahi implores all stakeholders to remain calm and continue to cooperate with HYPREP as it strives to execute its mandate.
The minister emphasized that the Federal Ministry of Environment will continue to provide purposeful leadership towards the actualization of the commitment of President Muhammadu Buhari to clean, remediate and restore the polluted environment not only in Ogoniland but the rest of the Niger Delta and beyond. (END)
Saghir el Mohammed
Director Press
Federal Ministry of Environment”
VON