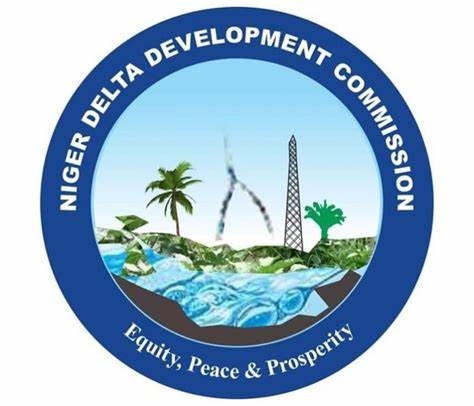 Appalled by the mind-boggling revelations of corruption involving highly-placed persons in the Niger Delta Development Commission (NDDC), a coalition of civil society organizations working in the Niger Delta region strongly condemn the alleged mismanagement of public funds earmarked for regional development, leaving the oil-rich communities in the region poorer, with zero or run-down infrastructure, high unemployment, youth restiveness and endemic conflict. The findings of the ad-hoc probe panels set up by the Senate and the House of Representatives—including information from the Central Bank of Nigeria (CBN)—show that the NDDC’s interim management committee (IMC) could not properly account for N81.5 Billion spent between January and May 2020. The panels also found that NDDC contracts worth over N67Billion were never executed.

Comprised of Bayelsa, Rivers, Akwa Ibom, Cross River, Edo, Delta, Ondo, Imo and Abia states, the inhabitants of the region continue to live in crushing poverty and degraded environments amid the billions of oil wealth squandered on frivolities.Substantiated media reports are replete with details of how NDDC officials splashed obscene amounts of money on ridiculous expenses like Lassa fever, condolences, impress, foreign travel, maintenance etc. None of these expenditures align with the agency’s overarching functions which include regional policy formulation and implementation, environmental remediation, execution of development projects such as the construction of roads, jetties health centers, schools, industries, agriculture and fisheries, housing, water supply, electricity and so forth.

NDDC has received over $40bn (N15 trillion) of NDDC since 2000 when it was established by President Olusegun Obasanjo with the sole mandate of developing the Niger Delta region following decades of massive oil pollution and environmental devastation. The economic and infrastructural backwardness across the region attests to the agency’s continuing failure to deliver on its mandate. Indigenes of the region studying abroad have been stranded for several months owing to the NDDC’s failure to pay for theirscholarship tuition. Poorly-regulated petroleum exploration and production activities by oil multinational corporations continue to unleash the mayhem of pollution, environmental degradation, total or partial destruction of vegetation in many locations, destroying the peoples’ ability to live and make a livelihood.

‘It is clear that the multiple grievances that triggered the violent conflict of the late 90s, necessitating the establishment of the NDDC, have remained largely unmet. The latest revelations, if unpunished and stolen monies unrecovered, could pave way for the resumption of militancy activities in the region, with disastrous consequences for the country’s oil output and revenue earnings’, says Fyneface Dumnamene, Director of Youths & Environmental Advocacy Centre.

Accountability for the criminal diversion of public funds lags behind as the very institutions and regulators responsible for ensuring probity in the region’s affairs, have all been linked to various acts of malfeasance in the NDDC. At the probe panels looking into the IMC’s financial transactions,lawmakers of both the Senate and House were publicly accused  of ‘hijacking’ the commission’s budgets over the years, and appropriating most of the agency’s over-bloated contracts to themselves. Till date, this allegation has neither been denied nor countered with evidence. The Niger Delta minister charged with the supervisory responsibility for NDDC’s affairs was also named in a chain of fraudulent activities.

‘The NDDC’s corruption scandal deals a serious blow to the government’s anti-corruption drive which could potentially reverse the gains of several years of the lull in violence and considerable peace in the region. A coherent, holistic and people-focused intervention is now necessary to prevent surging local discontent from rising to a level that would be too difficult to repair’, says Victoria Ibezim-Ohaeri of SPACES FOR CHANGE.

The civil society organizations working in the Niger Delta region are calling on President Muhammadu Buhari to: 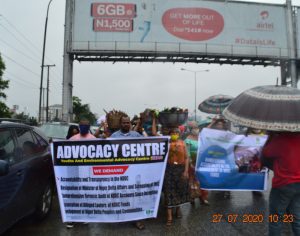