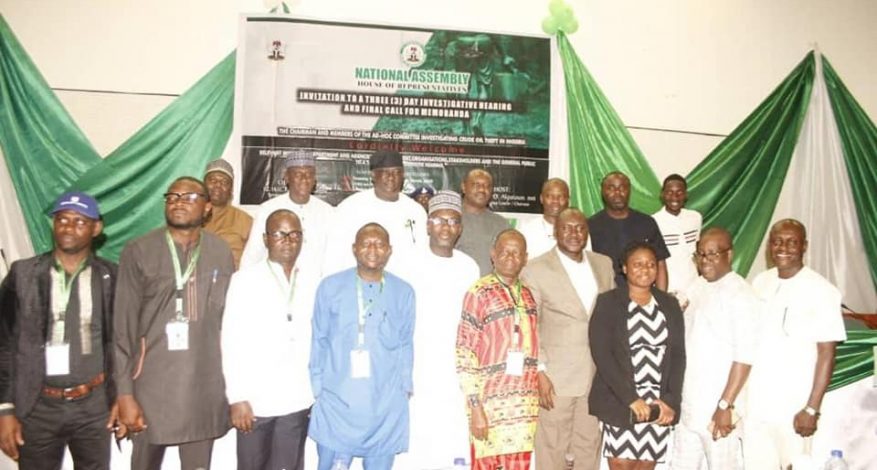 Youths and Environmental Advocacy Centre (YEAC), a Niger Delta-based non-governmental organization has called on the Federal Government of Nigeria to meter the nation’s oil pipelines and infrastructures to reduce crude oil theft in Nigeria. The group stated this in Abuja on Wednesday, March 11, 2020 as part of recommendations presented to the National Assembly during an investigative hearing organized by House of Representatives Ad-hoc Committee on Crude Oil Theft in Nigeria.

The Chairman of the Committee, Rt. Hon. Peter O. Akpatason who is also the Deputy House Leader said the three days hearing which started on Tuesday, March 10 to 12 is aimed at investigating crude oil theft in Nigeria following staggering reports on the subject matter, loss of revenue to government and other negative impacts that it has on the nation’s economy.  The ad-hoc committee which was set up by a resolution at plenary on September 26, 2019 is among others investigating “the quantity of crude oil extracted in Nigeria daily, quantity sold to the international market daily, quantity refined in Nigeria by NNPC and offshore as well as information about the quantity of crude oil stolen daily in Nigeria from 2005 to 2019 and by who”. 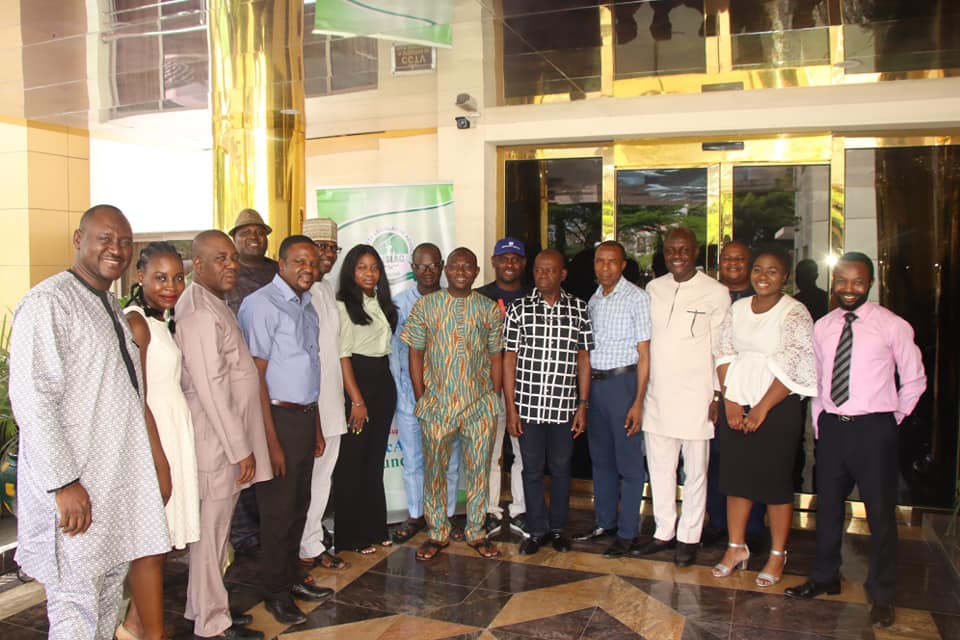 (A cross section of members of the various NGOs that formed the coalition after the meeting where the memorandum to the National Assembly was prepared held at Qualibest Grand Hotel, Abuja)

Speaking after the presentation of their joint paper by a coalition of nongovernmental organizations in Nigeria led by the Executive Director of Civil Society Legislative Advocacy Centre (CISLAC), Mr. Auwal Musa Rafsanjani and Dr. Sofiri Peterside of the University of Port Harcourt at the National Assembly, the Executive Director of Youths and Environmental Advocacy Centre (YEAC), Fyneface Dumnamene Fyneface said “while crude oil theft cannot be stopped 100%, pipeline metering would reduce the quantity of stolen crude and give information about the very point were the theft occur and help us know who to be held responsible for the theft based on who was given pipeline surveillance contract of the area where the crude got stolen”. Mr. Fyneface further said Nigeria’s crude is not only stolen by youths who are involved in acts oil artisanal refining in the Niger Delta in the small scale category but also by the oil companies and vessel owners using their government issued and forged bill of lading to “over-lift” more than the quantity of crude officially approved for their vessels. Speaking further, Fyneface said over 400, 000 barrels of crude oil are stolen in Nigeria daily according to reports from Nigeria Extractive Industry Transparency Initiative (NEITI) and other industry operators in what he described as “large scale oil theft” leading to the loss of over $41.94billion annually. (The Executive Director of YEAC, Fyneface Dumnamene and Alex Sewell of SDN at the National Assembly during the investigative hearing on March 11, 2020)

He spoke about the patterns, dynamics, dimensions and character of crude oil theft in Nigeria, spanning from large scale, small scale, over-lifting, vandalism/sabotage, deferred production by operators which have grave negative impacts on revenue to government, cost of repairs of damaged pipelines by operators, environmental impacts, livelihoods costs and breading of insecurity in the Niger Delta and Nigeria in general through the proliferation of small arms and light weapons used by players in the illegal crude oil trade to sustain the crude oil theft cartel.

Mr. Fyneface said despite the challenges, “Advocacy Centre believes that crude oil theft in Nigeria can be reduced to the bearest minimum if pipelines are metered, the security operatives are not aiding and abating crude oil theft and if there is political will on the part of government through effective legislation that the National Assembly can make through investigative hearings like this and effectively implemented”. He called on the Federal Government to keep to its promise of issuing modular refinery licenses to Niger Delta youths that his organization, Advocacy Centre has trained on guidelines for the establishment of modular refineries and currently creating their database in partnership with traditional rulers and formation of cooperative societies for the to benefit from modular refineries as directed by President Muhammadu Buhari on January 10, 2020, represented by the Minister of State for Environment, Mrs. Sharon Ikeazor during the commissioning of the laboratory of National Oil Spill Detection and Response Agency (NOSDRA) in Port Harcourt. Adding that having youths involved in illegal crude oil theft and artisanal reining transferred to modular refineries would help reduce incidences of small scale oil theft, cost of policing Niger Delta creeks and create jobs for the youths while government revenue would increase and our environment improved. This is Advocacy Centre’s second legislative advocacy to the National Assembly to contribute in less than three week. YEAC was also on February 17 invited by the House of Representative Commission on Environment to contribute to its investigation into the activities of the Ogoni Cleanup exercise being undertaken by the Hydrocarbon Pollution Remediation Project (HYPREP) in Ogoniland, Rivers State.