HomeBlogNewsNATIONAL SUMMIT ON THE INTEGRATION OF ARTISANAL/MODULAR PETROLEUM REFINERIES IN NIGERIA: ADVOCACY CENTRE COMMENDS FG, DESCRIBES IT AS SUCCESS OF ITS ADVOCACY, CALLS FOR STEP-DOWN SUMMIT IN THE NIGER DELTA

NATIONAL SUMMIT ON THE INTEGRATION OF ARTISANAL/MODULAR PETROLEUM REFINERIES IN NIGERIA: ADVOCACY CENTRE COMMENDS FG, DESCRIBES IT AS SUCCESS OF ITS ADVOCACY, CALLS FOR STEP-DOWN SUMMIT IN THE NIGER DELTA

NATIONAL SUMMIT ON THE INTEGRATION OF ARTISANAL/MODULAR PETROLEUM REFINERIES IN NIGERIA: ADVOCACY CENTRE COMMENDS FG, DESCRIBES IT AS SUCCESS OF ITS ADVOCACY, CALLS FOR STEP-DOWN SUMMIT IN THE NIGER DELTA

Youths and Environmental Advocacy Centre (YEAC), a nongovernmental organization that also coordinates Niger Delta Artisanal Refiners for Modular Refineries for environmental sustainability has commended the Federal Government for organizing a national summit on the integration of artisanal and modular petroleum refineries into the national economy, describing it as the success of its advocacy on the subject-matter over the years and granting of its demands.

It would be recalled that the Federal Government through the Ministry of Finance, Budget and National Planning in collaboration with Office of the Senior Special Assistant to the President on Niger Delta Affairs with other stakeholders on March 10 announced that it would on Tuesday, March 16 and Wednesday March 17 organize a national summit on artisanal/modular petroleum refineries in Nigeria at Sheraton Hotel, Abuja-FCT.

In a statement released by Advocacy Centre in Port Harcourt, the Rivers State capital on Friday March 12 and signed by its Executive Director and Regional Coordinator of the Platform, Fyneface Dumnamene Fyneface, the group described the National Summit as “well-conceived, coming late but better late than never as it would address lots of issues associated with oil theft and artisanal refining activities in the Niger Delta through modular refineries and integration of artisanal refining into the formal national economy in line with our advocacy and demand for the establishment of Presidential Artisanal Crude Oil Refining Development Initiative (PACORDI), similar to the Presidential Gold Mining Development Initiative (PAGMI) in parts of the North and Western Nigeria that earlier integrated illegal gold mining into the national economy”.

The group said since 2017 that Vice President Yemi Osinbajo pronounced Modular Refineries for artisanal refiners in the region, YEAC has been sensitizing artisanal refiners and they created “Platform for the Coordination of Niger Delta Artisanal Refiners for Modular Refineries” that not only sensitize them against oil theft and artisanal crude oil refining that contributes to environmental pollution, loss of livelihoods for fishermen, farmers and revenue to government but also train the artisanal refiners on guidelines for the establishment of modular refineries, fish farming and renewable energy among others as alternatives means of livelihoods.

The group urged the Federal Government to consider stepping-down the summit in the Niger Delta where it targets to address the issues as majority of the artisanal refiners that the summit would benefit are not only afraid to travel to Abuja for fear of arrest over their illegal acts but also lack the resources to fund themselves to attend the summit in Abuja. Fyneface in the statement further said Youths and Environmental Advocacy Centre is at advanced stages of registering and creation of database of artisanal refiners in the Niger Delta through a contract signed with MTN, 9Mobile, Airtel and Glo through a Lagos-based company that enables artisanal refiners register on the secured online database through a text message from their phones to 33811. His words “We started creating the database and registering artisanal refiners for the formation of cooperative societies for modular refineries in 2019 following the successful launch of the platform on December 10 that year and circulation of free registration form across communities in the Niger Delta. The registration is progressing smoothly and received a boost on January 10, 2020 when President Muhammadu Buhari, GCFR represented by Minister of State for Environment, Mrs. Sharon Ikeazor during the inauguration of NOSDRA laboratory in Port Harcourt called for the registration of artisanal refiners and formation of cooperative societies for modular refineries. We currently have jingles to this effect running on radio and our partners from the United Kingdom will soon arrive for an investment workshop for both the artisanal refiners and those who want to invest in the Modular Refineries”.

While praising the objectives of the summit as comprehensive enough for a start, the group said if its outcome is properly managed with more stakeholders’ involvement and input during the requested step-down town hall meetings in the Niger Delta, given legal backing through integration into the Petroleum Industry Bill (PIB) and passed into Law, it would not only achieve its lofty goals and objectives in the oil and gas sector but also address issues around insecurity in the Niger Delta as there will be a drastic reduction in the number of artisanal refiners vis-a-vis proliferation of small arms and light weapons in the hands of the non-state actors who engaged in artisanal refining and used the weapons beyond providing protection for both themselves and their illegal business operations. YEAC said both the leadership of Advocacy Centre and the Platform for the Coordination of Niger Delta Artisanal Refiners for Modular Refineries will fully participate in the national summit on artisanal and modular petroleum refineries holding in Abuja. 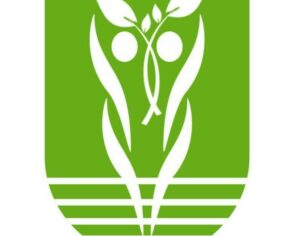 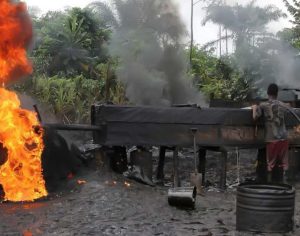 THE NETWORKED ECONOMIES OF ARTISANAL REFINING IN THE NIGER DELTA 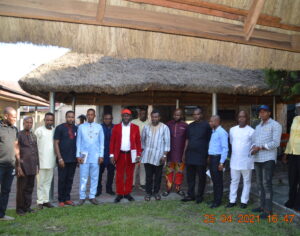 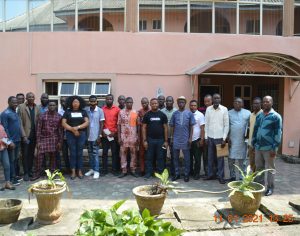 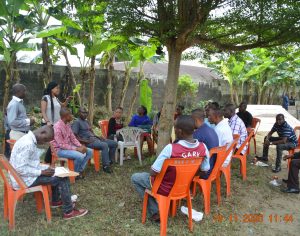 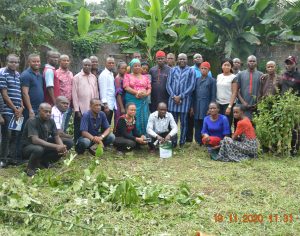 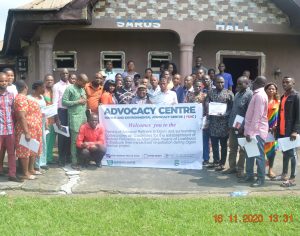