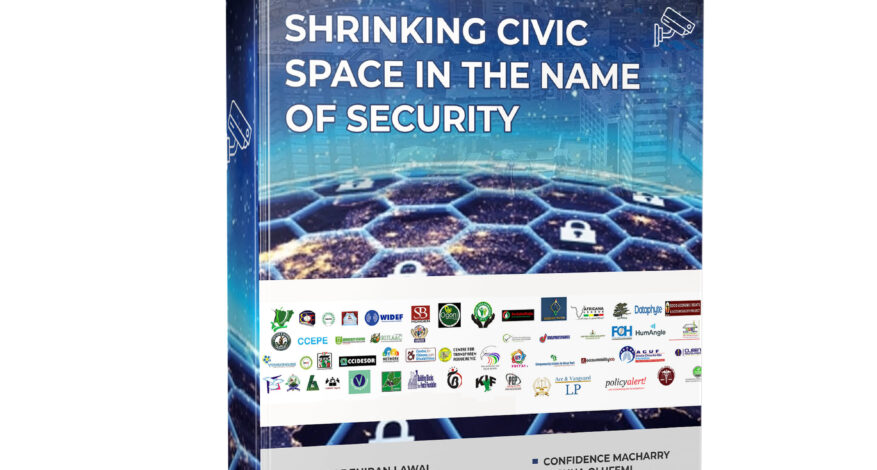 The Action Group on Free Civic Space (AGFCS)’s launches and presents its latest joint action research report, NIGERIA: SHRINKING CIVIC SPACE IN THE NAME OF SECURITY to the public on February 28 in a virtual event. This report is the third and final part of a three-part research study collectively undertaken by eleven (11) members of the AGFCS including Youths and Environmental Advocacy Centre (YEAC), Nigeria.

The collaborative study, supported by the Fund for Global Human Rights (FGHR), examines the popular use of the security infrastructure to limit civil society and disenable the environment for active civic space participation in Nigeria.

This report examines the popular use of the security architecture to limit civil society and disenable the environment for active civic participation In Nigeria. It seeks answers to the question:  how can states (like Nigeria) facing multiple security challenges protect civic freedoms while combating violent security threats such as terrorism and violent extremism? Nigeria’s security threats include “terrorism and violent extremism, armed banditry, kidnapping, militancy and separatist agitations, pastoralists-farmers conflicts, transnational organized crime, piracy and sea robbery, porous borders, cybercrimes and technology challenges.” Among this array of threats, terrorism and violent extremism rank high on the risk scale and have indeed, received the lion share of attention in terms of strategy, funding and media attention.

In name of curbing insecurity, law enforcement powers have been expanded, a litany of security laws have been introduced, meanings of existing laws have been broadened to impute  serious crimes with heavier penalties while physical and digital surveillance have become routinized. From this expansion of policing powers springs an overflow of intended and unintended consequences of law enforcement such as a surge in arrests and detention, use of deadly force to disperse civil demonstrations, censorship of free speech, internet restrictions, proscription of religious and ethnic agitators, designation of dissenters as terrorist groups and so forth. In fact, the legion of security initiatives implemented across the country has increased opportunities for state security agents to misuse and crack down on civil liberties and fundamental freedoms. All these have been justified by reference to protecting national security.

As numerous case studies and documentations in this report demonstrate, fighting terrorism is the most popular justification advanced for the surging restrictions on the activities of civil society actors such as non-governmental organisations (NGOs), humanitarian organisations, political opponents and activists demanding accountability from the government for its human rights failings. This research reveals a systematic pattern of exercising overbearing governmental power in ways that tighten the traditional and digitalized spaces for civic engagement in Nigeria. Citizens, especially civil society actors, operating in this type of environment feel repressed and find it increasingly difficult to organize, speak and assemble freely. The report concludes with recommendations that offer civil society actors the levers to push back against the continuing misuse of the security paradigm to curtail civil liberties and to justify restrictions on the civic space. 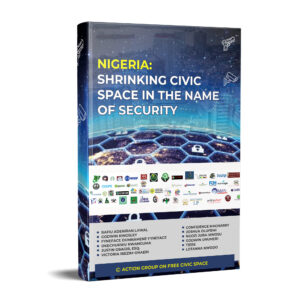 The full report can be downloaded here