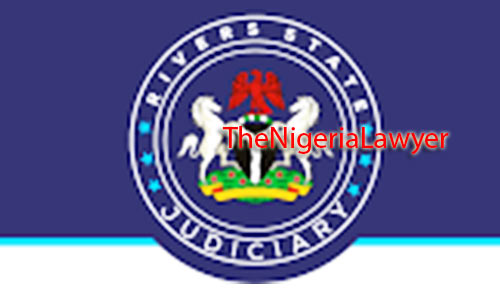 The Youths and Environmental Advocacy Centre (YEAC) wishes to update its members, supporters, local and international development partners as well as those who are interested and have been following this case from inception in March 2021 till date about the outcome of today’s court sitting. It is now one year and counting since we have been on this case.

The case which was adjoined today, March 2, 2022 held at the court as scheduled. At the last sitting, the defendant, Mr. Mao Nangi had filled preliminary objection that the court lacks jurisdiction over the case. He argued that “Presidential Artisanal Crude Oil Refining Development Initiative-PACORDI” is a trademark which the Federal High Court had jurisdiction over, ignoring the defamation of characters that the case is about, premised on and filed at the Rivers State High Court. Despite this, he did not also present any registration certificate or documentary evidence that he owned PACORDI.

YEAC and Fyneface laugh over this argument because they are not into business to have registered PACORDI as a trademark. Besides, no citizen of the Federal Republic of Nigeria can register PACORDI as a trademark, not even the defendant. You know why? Because it has the work “PRESIDENTIAL” in it and only the President or Presidency or Federal Government of Nigeria can register PACORDI and use for the Niger Delta artisanal crude oil refiners as proposed by YEAC and Fyneface in July 2020, funded from the United States of America (USA) in September 2020 and used for advocacy in October on viewpoint on Rhythm, 93.7FM, in November in a training in Ogoniland and December 2020 in a training and media conference in Port Harcourt for the Federal Government to establish PACORDI, the same way they established the “Presidential Artisanal Gold Mining Development Initiative-PAGMI” and the defendant saw our PACORDI funded from America earlier used for advocacy and publication in the Guardian Newspaper of December 21, 2020, thought we stole his idea and rushed to social media to abuse, called and threatened the organization, its staff and Executive Director among others.

Building castle in the air is allowed for those who do not check their facts correctly before going about insulting people on social media like Mr. Nangi did.

Today, the preliminary objection filed by the defendant alleging that the court lacks jurisdiction over the case was taken and the reply to the objection based on point of law also filed by Youths and Environmental Advocacy Centre (YEAC) and Fyneface Dumnamene Fyneface’s Lawyer also taken and adopted by the court.

With the successful adoption of both fillings, the matter was today adjourned to 25th day of March, 2022 for ruling whether the court has jurisdiction over the case or not.

Advocacy Centre thanks and appreciates those who are with her on this matter and assures that the legal team are on the matter and God is with us, In God We Trust and we will prove those who are sponsoring this man again YEAC and FYNEFACE to bring us down, to shame through the courtroom. Keep us in your prayers and be assured that the truth will surely prevail at the end of the long road to justice but which has began.