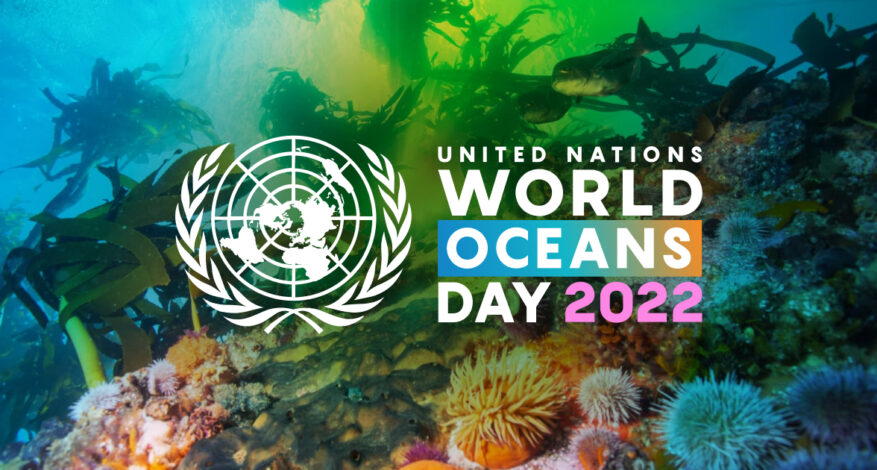 The organization in commemoration of the day; advocates and draws the attention of friends, families, households, groups, partners, governments, the public, multinational and transnational oil companies operating and doing business onshore/offshore in the country as well as the Gulf of Guinea to the Atlantic Ocean for the need to protect and preserve mother Oceans around the world.

The group stresses that the importance of oceans to human existence and sustenance on earth cannot be overemphasized as it produces over 50% of the world’s oxygen, absorbs 50 times more carbon dioxide than the atmosphere thus regulating climate change, serves as home of most of the earth’s biodiversity and serves as one of the main sources of protein for more than a billion people around the world and is also fundamental to our economy with an estimated 40 million people being employed by ocean-based industries by 2030.

Speaking on the WOD, the Executive Director of Advocacy Centre, Fyneface Dumnamene Fyneface said “There is urgent need for multinational oil companies operating in Nigeria especially in the Niger Delta to stop environmental pollution that affects our oceans including acts of releasing of effluence, wastes and oil spills that threaten the Oceans like the Aiteo oil spills in 2021 among others, a disaster in which crude oil and gas fumes from a wellhead operated by the Nigerian firm flowed from the coastal area, rivers and seas up to the Atlantic Ocean in the Gulf of Guinea, destroying farmland, water bodies and killing aquatic lives on large scale with devastating impacts on the health and livelihoods of residents of the area and Niger Delta at large”.

Considering the fact that Oceans cover 70% of the Earth’s surface with the Atlantic Ocean, seas and coastal areas at our backyard in the Niger Delta, Fyneface Dumnamene charged the governors and governments of Rivers and other States in the Niger Delta to look inwards, harness and utilize water and Ocean resources in and around the region by investing in fishing and seafood production through the purchase of fishing trawlers, establishing cold-rooms, packing and seafood processing centre where value would be added to the ocean resources and sold and exported for both local and international consumption, create jobs for youths; earn foreign exchange, generate more income to provide essential services for the citizenry and reduce unemployment and youth restiveness in the Niger Delta.

Fyneface further said such “maximization of our aquatic and Ocean resources to create jobs for unemployed youths in the region would reduce artisanal crude oil refining activities, illegal bunkering, save the environment from pollution, soot and also reduce poverty, hostage taking, piracy as well as the crime of illegal smuggling of small arms and light weapons through the waterways into the country to fuel insecurity and mass killings like the Owo St. Patrick’s Catholic Church World Environment Day 2022 Massacre among many others”.

At the federal level, the Executive Director of YEAC-Nigeria calls on the federal government under the leadership of President Mohammadu Buhari, GCFR to implement strategies that would redirect the country’s attention from fossil fuel extraction and associated environmental pollution that are toxic to the environment and contributing to climate change to other resources available in the Ocean around Nigeria especially with the President’s signing of the Paris Agreement on Climate in 2016 and ratification in 2017.

Fyneface said at this stage, Nigeria should embrace blue economy which entails the “sustainable use of ocean resources for economic growth, improved livelihoods and jobs while preserving the health of ocean ecosystems”. He further stated that by maximizing the Oceans, seas and coastal resources that Nigeria is endowed with, the economy will gradually move away from dependence on fossil fuel, reduction in environmental pollution and incidences of insecurity on the waterways especially in the Niger Delta and Gulf of Guinea.

The environmental activist harps on the need for Nigerians to live sustainably with nature, desist from indiscriminate dumping of plastics and refuse which are flushed by flooding into the coastal areas, seas and oceans to undermine biodiversity and Ocean resources thus threatening human survival and sustenance on earth. Adding that, with research showing that about 14 million tons of plastic ends up in the ocean every year, summing up to 80% of all marine rubbles found on water surfaces and bodies to deep-sea sediments; marine species ingest or are entrapped by plastic debris, causing them severe injuries and avoidable death which should not be allowed to continue.

The YEAC’s Director, enjoins everyone to reduce, reuse and recycle plastics as we take “Collective action for the Ocean” because the Ocean connects, sustains, and supports us all with our health and wellbeing at the centre and tipping point of it all.