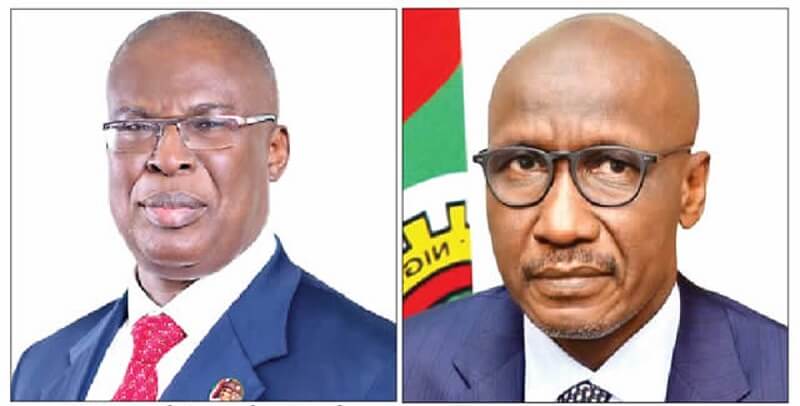 As the world marks the International Mother Earth Day today with the theme “Invest in Our Planet”, Youths and Environmental Advocacy Centre (YEAC) Nigeria has called on the Federal Government to invest in our planet-earth by reducing crude oil theft and pollution in the Niger Delta through the provision of alternative livelihood opportunities for artisanal crude oil refiners.

The group stated this in a press release signed by its Executive Director, Fyneface Dumnamene Fyneface and made available to journalists in Port Harcourt, the Rivers State capital on Friday.

Mr. Fyneface said Government at all levels should invest in our planet through deliberate policies and programmes that contribute to pollution-reduction and other acts that mitigate climate change and poor environmental practices including soot which are the offshoot of crude oil theft, artisanal refining, gas flaring, setting ablaze confiscated suspected tankers and vessels by security operatives and destruction of artisanal refining sites among others.

Advocacy Centre in the statement further called on the Rivers State Government to pay more attention to the poor environmental and sanitary conditions of Port Harcourt and its environs, appoint a commissioner for environment sacked over a year ago, employ the 3,000 sanitation marshals it approved since January 2020 and re-organize the Rivers State Waste Management Agency (RIWAMA) that its sole administrator has been overwhelmed by the wastes generated by residence of the State leading to the poor sanitary conditions in the state.

At the national level, Mr. Fyneface Dumnamene who is also the National Facilitator of Project with Artisanal Crude Oil Refiners for Modular Refineries in the Niger Delta called on Mr. President, the Federal Government, its departments, ministries and agencies to take immediate steps to actualize alternative livelihood opportunities for artisanal refiners through the Modular Refineries promised since 2017 and also establish his proposed “Presidential Artisanal Crude Oil Refining Development Initiative (PACORDI)” that modifies and legalizes artisanal Crude Oil refining for artisanal Refiners in the Niger Delta like the Federal Government did for illegal gold miners in parts of Western and Northern Nigeria through the “Presidential Artisanal Gold Mining Development Initiative (PAGMI)”.

On the media statement by Chief Timiprey Silva, Minister of State for Petroleum Resources while inspecting the rehabilitation of the Port Harcourt refineries which he said that the federal government will not legalize artisanal refineries in the Niger Delta, Mr. Fyneface Dumnamene said so because the Hon. Minister may not understand that the legalization of artisanal refineries which he called “criminal activities” in the Niger Delta means the establishment of PACORDI; same way the federal government legalized illegal gold mining in parts of Western and Northern Nigeria which he does not see as criminal activities through the establishment of PAGMI.

Mr. Fyneface reminded the Minister that the federal government which he is contradicting with his comments has gone far in the process of legalizing artisanal refineries in the Niger Delta by so far organizing two national summit for the integration of artisanal and modular petroleum refineries in Nigeria into the national economy on March 16 and 17th, 2021 and March 22, 2022 in Abuja and the communiqué fully recommended, captured and presented “Presidential Artisanal Crude Oil Refining Development Initiative-PACORDI” that modifies and legalizes artisanal refineries for immediate establishment by the Federal Government.

Mr. Fyneface Dumnamene who was present and spoke as the lead speaker at the federal government summit for the legalization and integration of artisanal and modular refineries said the Honourable Minister whom he said has a letter from Youths and Environmental Advocacy Centre (YEAC) dated February 14, 2020 on his table informing him about efforts in this direction may have lost touch with reality on the journey so far on both modular refineries and legalization of artisanal crude oil refining activities in the Niger Delta to solve extant problems.

Mr. Fyneface further said it is regrettable that Chief Silva, a Niger Delta son who has been impacted directly and indirectly by the problem associated with artisanal refineries in the Niger Delta and who should know better and join to proffer solutions is rather standing against the interest of the Niger Delta, its people and Nigeria.

Mr. Fyneface said as Minister of State for Petroleum Resources from the Niger Delta, Chief Silva should also be worried about the menace of artisanal refining among other stakeholders including himself, Mr. President, the National Assembly and Mr. Mele Kyari, MD of the NNPC who recently clearly stated that crude oil theft averaging 200,000 barrels per day and revenue loss valued around US$4 billion was recorded in 2021 alone while $1.5 billion had already been lost in first quarter 2022 already and join to find solution to the problem other than fueling discouraging and contradicting one of the federal government proposed solutions.

Mr. Fyneface frowned at Chief Silva’s constant opposition to initiatives that would benefit the Niger Delta region and its people as Minister of State for Petroleum Resources.

Fyneface recalled that at a time that Niger Delta people, oil host communities, activists and some political leaders were demanding for 10% or at least 5% host community fund in the Petroleum Industry Bill, Chief Silva said and insisted on 2.5% that, that was enough for the region. He also recalled chief Silva’s comments during his reluctant and late visit to Opu Nembe during the AITEO oil spill in his home State, Bayelsa when he said he was at the spill site on the directive of Mr. President that sent him which implies that he would not have visited the spill site if he was not sent by Mr. President.

These Chief Silva’s positions on Niger Delta issues are worrisome as he is making it impossible for Niger Delta problems to be solved when some other stakeholders like us are working hard and finding solutions to these problems. Adding that “These positions of Chief Silva on issues concerning the Niger Delta, our people and youths reminded me of a 1988 Album titled “Rat Race” of the Mandators with a song titled “The-Nation-and-the-People” in which Victor Essien sang about how “Some are trying to find solutions to all the problems we have; some are making it impossible for the problems to be solved”.

The organization thus called on Chief Silva to kindly support the establishment of “Presidential Artisanal Crude Oil Refining Development Initiative-PACORDI” proposed by Fyneface Dumnamene Fyneface on July 27, 2020 as a corresponding initiative for artisanal crude oil refiners in the Niger Delta which he described as criminals, the same way the federal government had established the “Presidential Artisanal Gold Mining Development Initiative –PAGMI” for illegal gold miners in parts of Western and Northern Nigeria which he does not see as criminals.

Establishing PACORDI for Niger Delta youths like PAGMI would serve as part of measures to “Invest in Our Planet” while mainstreaming clean and renewable energy initiatives to create awareness and find solutions to rampant and increase in pollution and other activities that directly and indirectly harm and destroy our planet-earth.