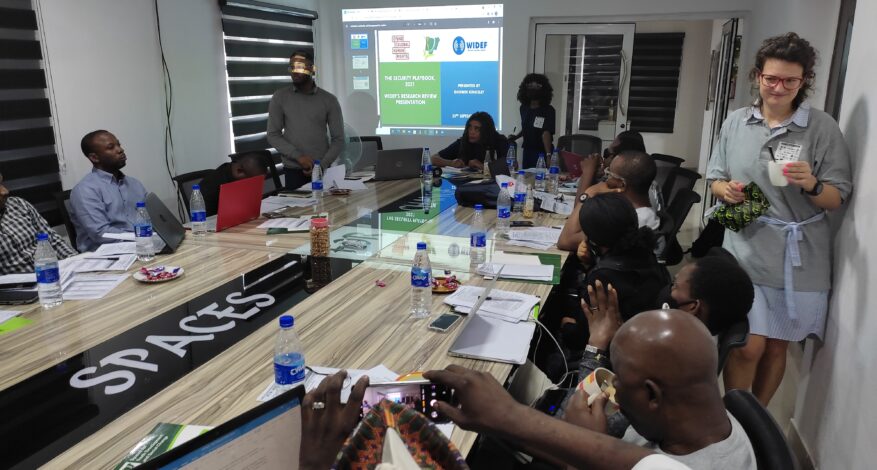 Youths and Environmental Advocacy Centre (YEAC) on September 23, 2021 participated in the validation workshop of the Action Group on Free Civic Space (AGFCS) for the Security PlayBook Research project that it handled in the South South Region of Nigeria. The event which was hosted by the leader of the Action Group comprising of over 12 participating organizations representing all other geo-political zones of the country held in Lagos, Nigeria. It would be recalled that YEAC was among 13 other organizations selected to participate in the research project which kicked-off on July 1, 2021 after a workshop also held in Lagos. 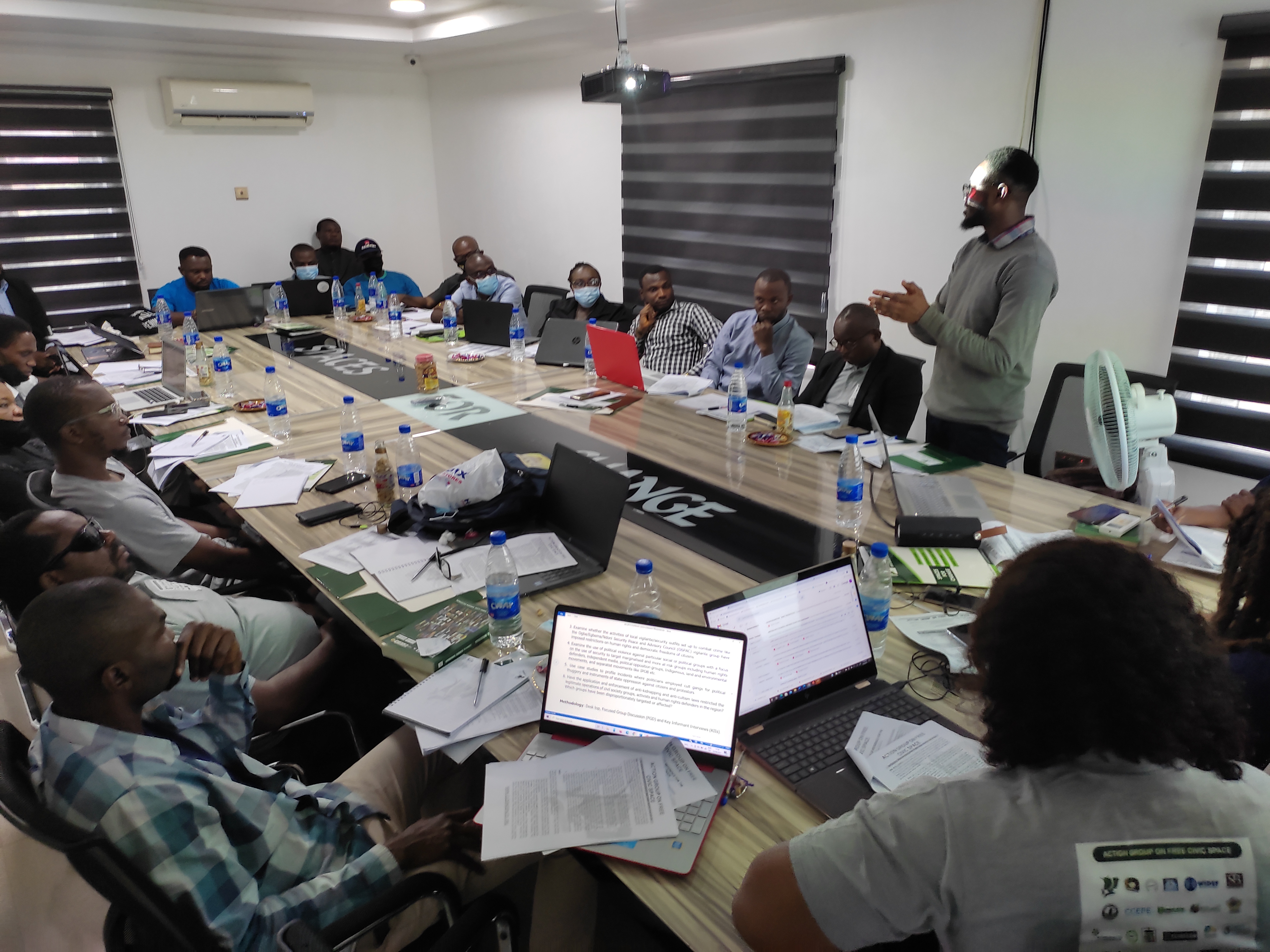 The Executive Director of Spaces for Change, Victoria Ibezim-Ohaeri (VIO) in her opening remarks welcomed the team to the event and thanked everyone for turning in their reports within the specified period and making themselves available to the validation meeting.

Each of the organizations took time to present the summary of their reports and inputs made through questions and contributions for a robust final report for collective analysis and publication with others from across the country in The Security PlayBook. Speaking at the workshop, the Executive Director of Youths and Environmental Advocacy Centre (YEAC), Fyneface Dumnamene Fyneface presented the summary of YEAC’s south-south report which was carried out with the organization’s 7-Man research team comprising of a lawyer, a journalist/editor with Vanguard Newspaper, a lecturer with National Open University, a renowned researcher and activist elder statesman, a teacher with Ken Saro-Wiwa Demonstration Secondary School, a retired secondary teacher of Army Day Secondary School, Port Harcourt lead by the Executive Director of YEAC carried out the research and did the analysis and internal validation of research findings before submission to the national team.

The research is carried out with support from Funds for Human Rights as also captured in this publication about the meeting. 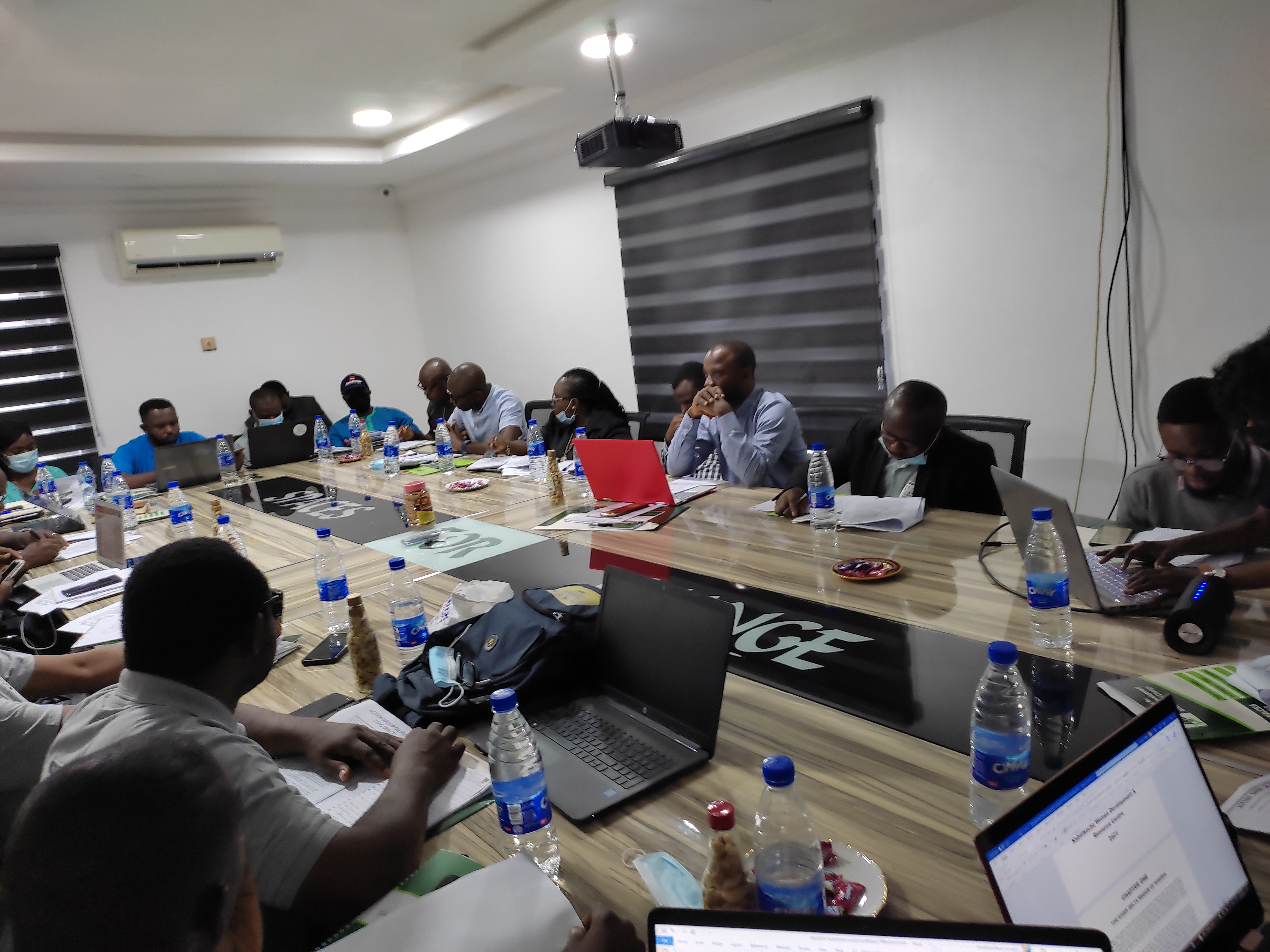