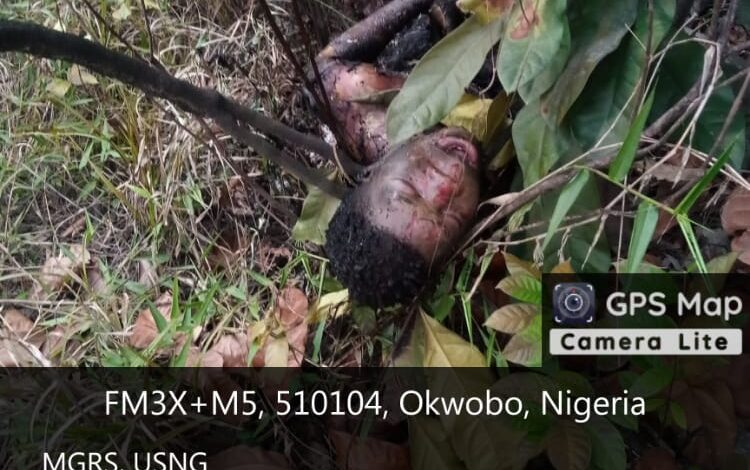 April 24, 2022By admin0 comment
Reports reaching Youths and Environmental Advocacy Centre (YEAC) from some members of the public in Omoku and members of YEAC’S One Million Youth Volunteers Network of Human Rights Defenders and Promoters in the Niger Delta in the area has it that explosion in artisanal crude oil refining sites there has left over 100 persons dead.
The explosion which has been confirmed by many sources that the Executive Director of YEAC, Fyneface Dumnamene Fyneface followed up with has it that it occurred in the early hours of today, Saturday, April 23. Some sources said it occurred late night of April 22 breaking April 23.
The sources also said the explosion occurred at sites at Ogba/Egbema/Ndoni Local Government Area (ONELGA) of Rivers State that share boundary with Imo State. Specifically, the explosion which also burnt several vehicles that were waiting to buy the illegal products is said to have occurred in a community in Egbema boundary town in Imo State called Abacheka, bordering Rivers State.
Photographs and short videos sent to Advocacy Centre showed several dead bodies, most of them burnt beyond recognition on the ground with those of others who may have been attempting to run from the fire and explosion hanging on some trees branches.
Youths and Environmental Advocacy Centre (YEAC) Nigeria recalls similar recent incident in Rumuekpe Community in Emohua Local Government Area in which over 30 persons lost their lives and the Bonny/Nembe Jetty incident last week in which some persons including innocent children also lost their lives as a result of fire incident that the Rivers State government attributed to both gas explosion and artisanally refined petroleum products at the Jetty.
ADVOCACY CENTRE calls on youths in the state to stop artisanal refineries and work with Youths and Environmental Advocacy Centre (YEAC) which is also the National Facilitator of Project with Artisanal Crude Oil Refiners (PACOR) for Modular Refineries in the Niger Delta to demand for the immediate establishment of Modular Refineries and the establishment of Presidential Artisanal Crude Oil Refining Development Initiative (PACORDI) among others as alternative livelihood opportunities for the youths.
We also call on the Rivers State government to reactivate the Committee on alternative livelihood opportunities for artisanal refiners headed by the Deputy Governor, Her Excellency, Dr. Ipalibo Banigo to join YEAC to facilitate alternative livelihood opportunities for Rivers’ youths involved in artisanal crude oil refining.
It is worthy of note that with this and related massive loss of lives as a result of fire incidents and explosions from artisanal refining sites and products still happening in Rivers State that the Government’s war against artisanal refining in the state declared by the Governor on January 1, 2022 has failed to achieve its intended results.
Besides, security operatives in Rivers State and the Niger Delta should go beyond policing to advising the Government on ways of using the carrot and stick approach to address the problem of artisanal refining to safe our environment, lives and revenue to Government for socio-economic Development of the Niger Delta and Nigeria at large.
FYNEFACE DUMNAMENE FYNEFACE,
Executive Director, YEAC and National Facilitator,
Project with Artisanal Crude Oil Refiners for Modular Refineries in the Niger Delta.
23-04-2022
IMAGES FROM THE SCENE: VIEWER DISCRETION ADVISED 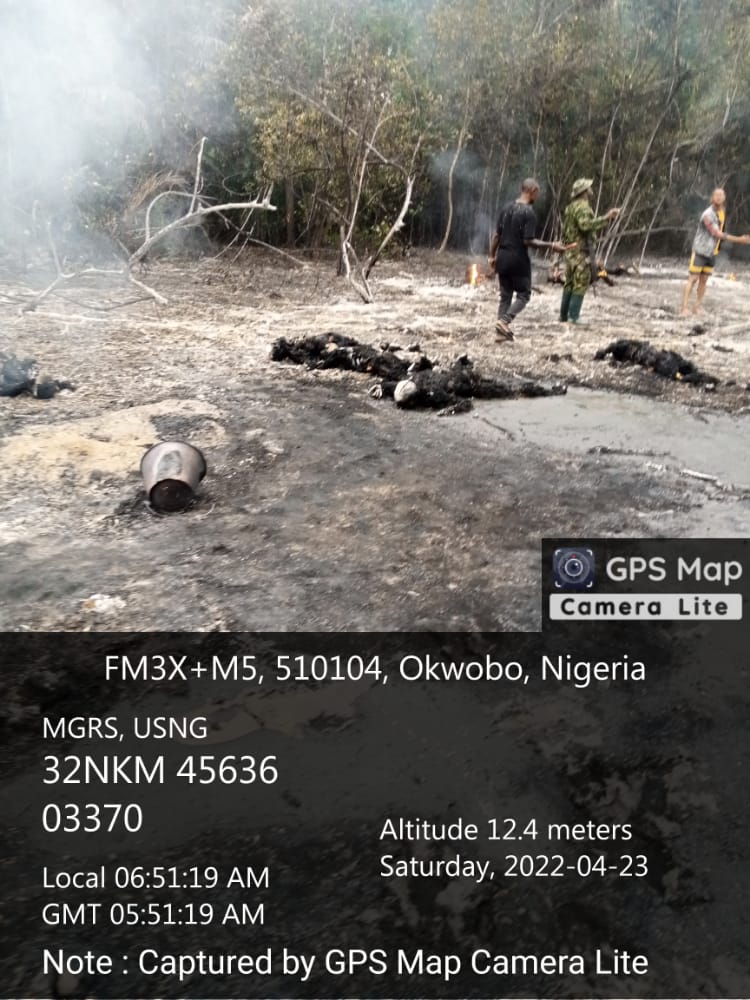 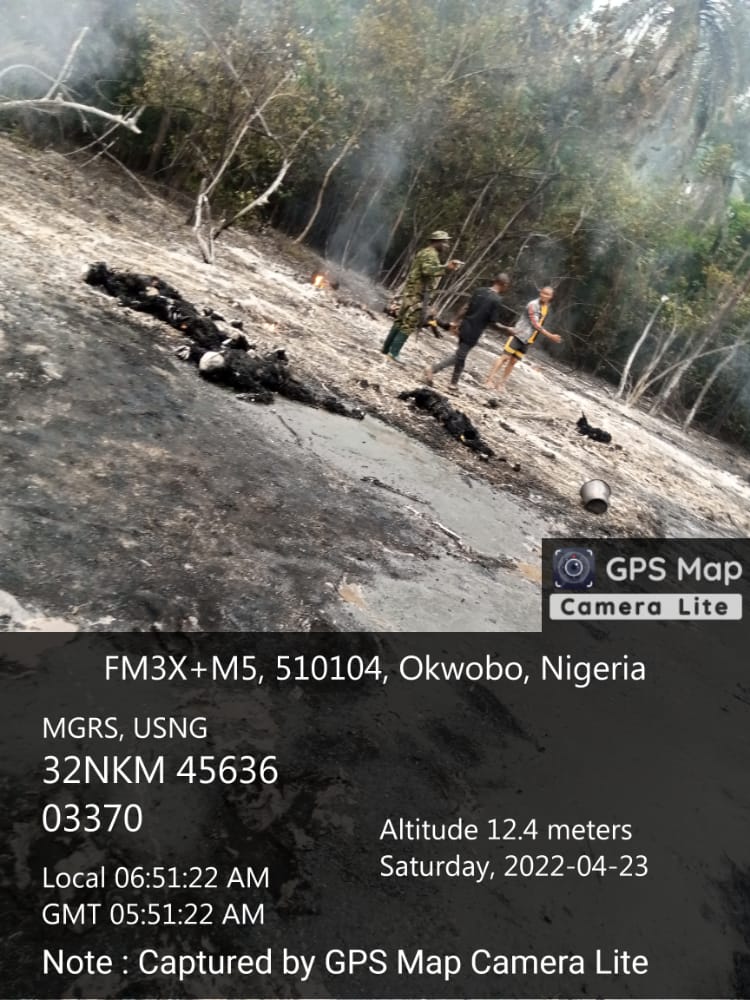 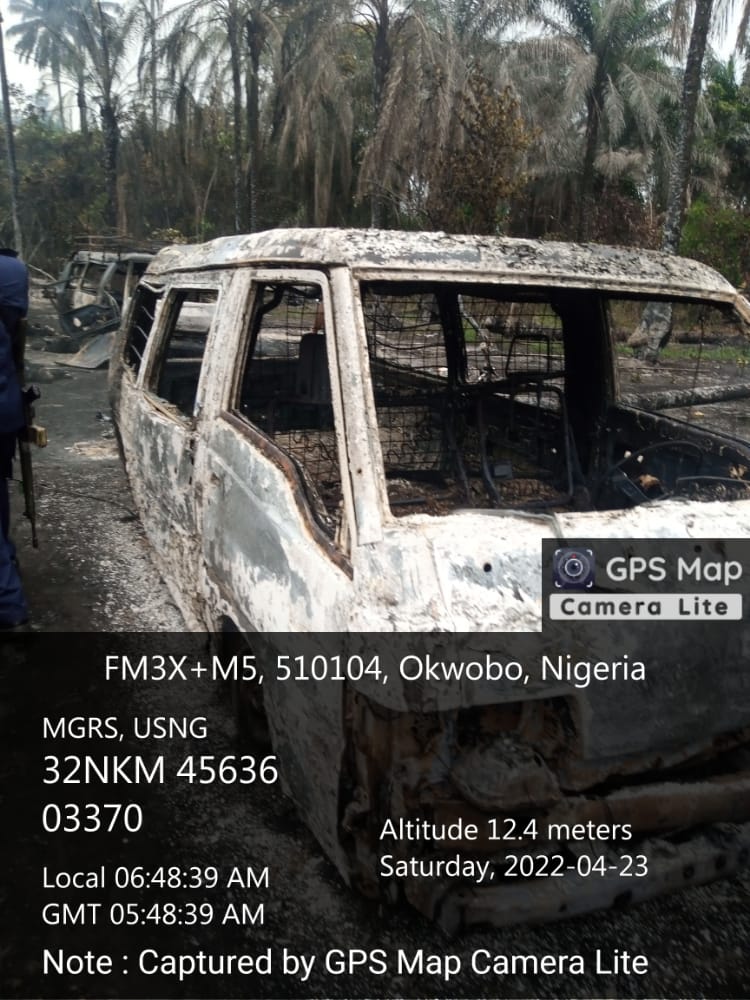 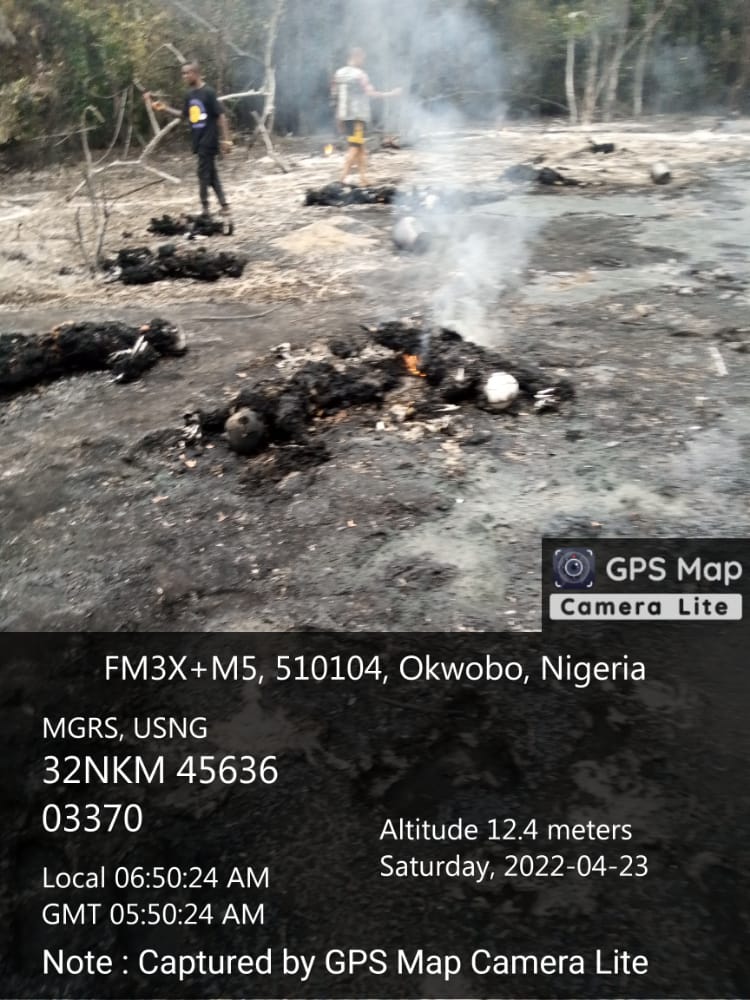 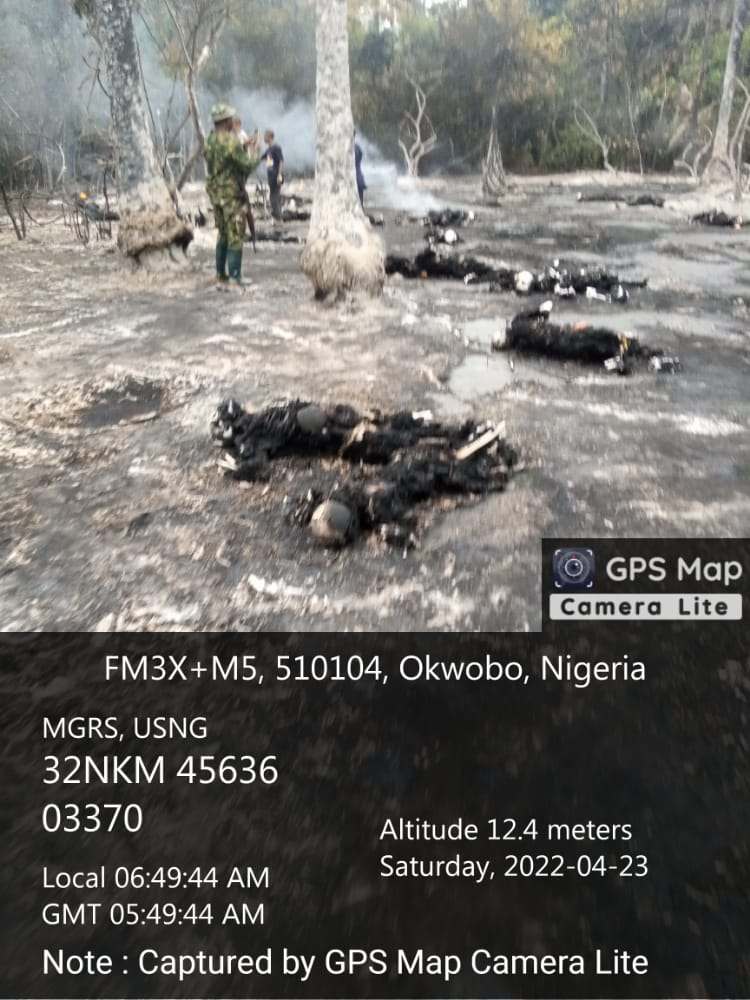 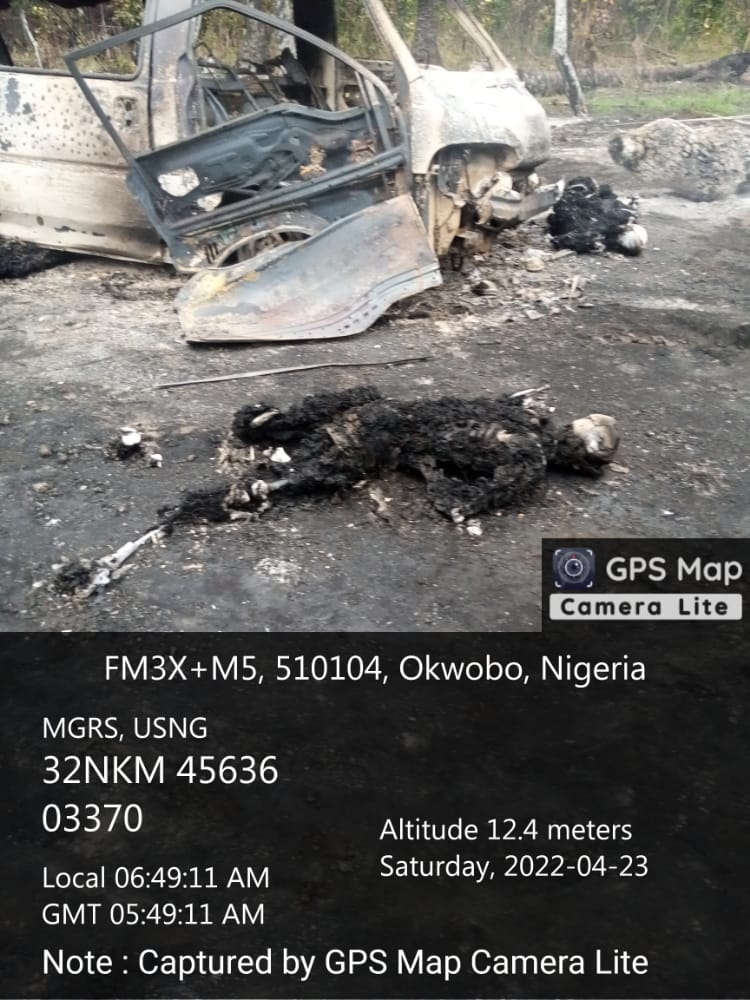 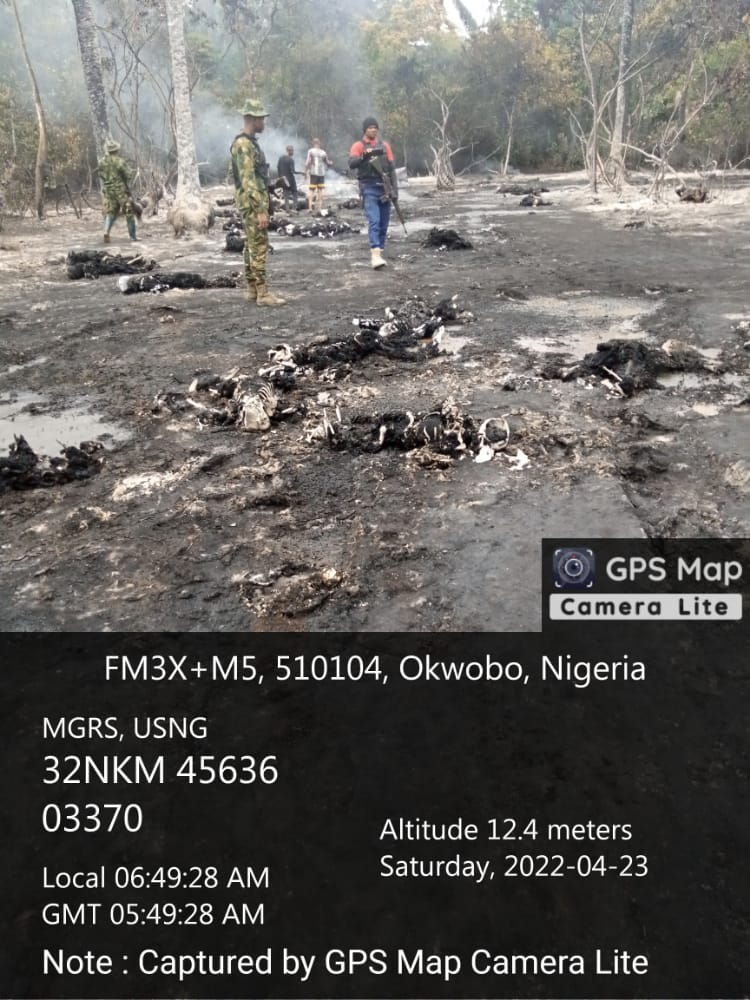 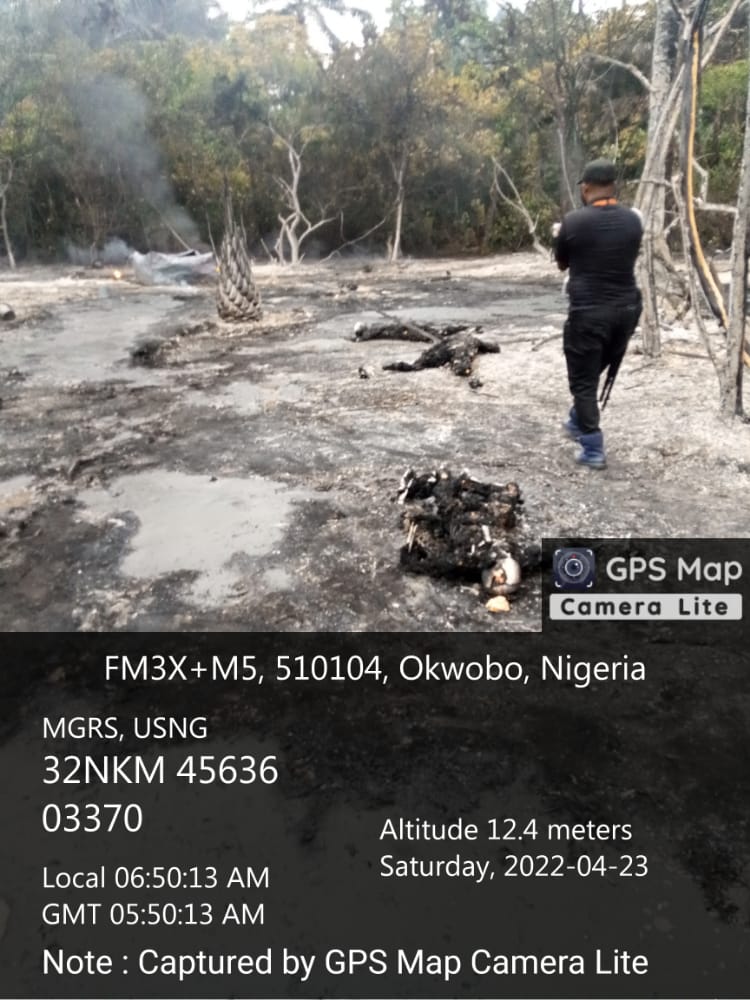 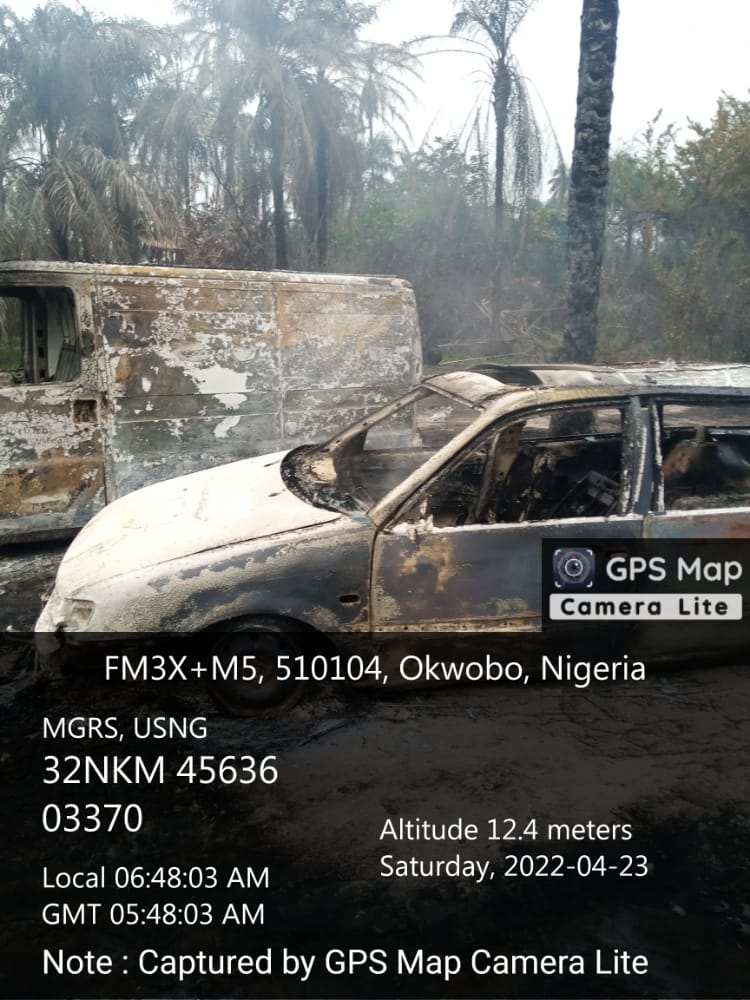 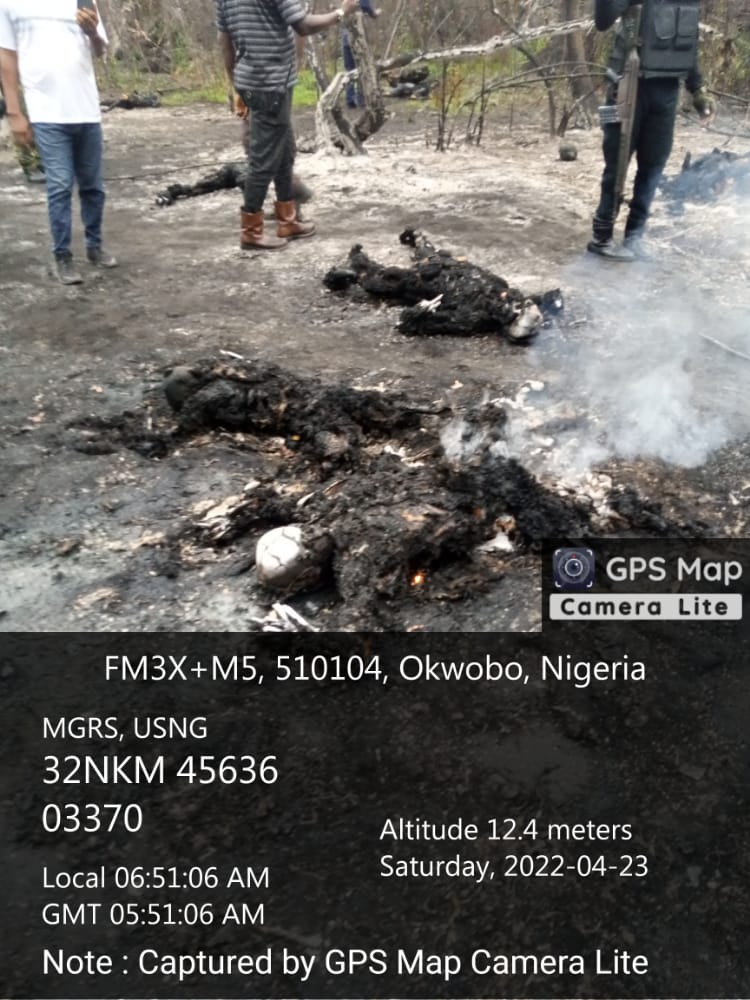