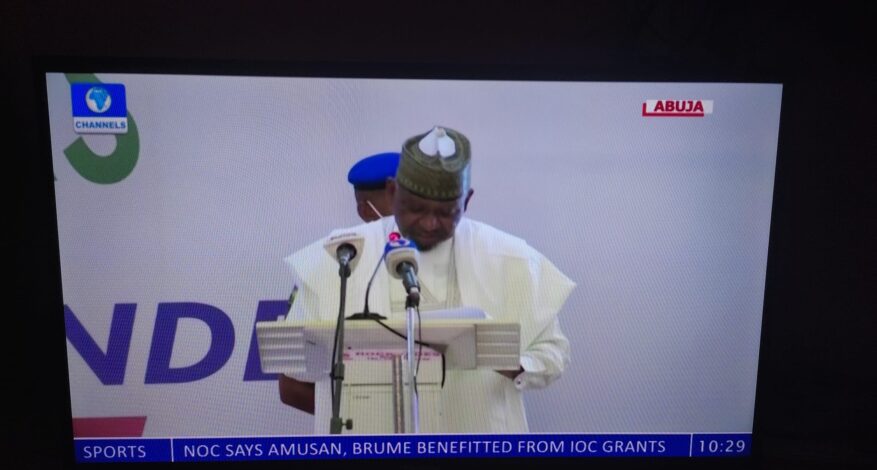 Youths and Environmental Advocacy Centre (YEAC) has described the transfer of Hydrocarbon Pollution Remediation Project (HYPREP) from Ministry of Environment to the Ministry of Niger Delta Affairs by President Muhammadu Buhari, GCFR as an unacceptable action that will take the project from frying pan to fire. YEAC thus rejected the President’s action as it is not the solution to the slow pace of work that has characterized the project since inception.

The group stated this in a statement released in Port Harcourt and personally signed by its Executive Director, Fyneface Dumnamene Fyneface in reaction to the transfer on July 28.

President Muhammadu Buhari, GCFR represented by Minister of Transportation, Mu’azu Jaji Sambo had on Thursday at the Banquet Hall, Presidential Villa in a live broadcast on Channels TV while declaring the Management Retreat of the Niger Delta Development Commission (NDDC) open decried the slow pace of work on Ogoni clean-up, announced the transfer of HYPREP to Ministry of Niger Delta Affairs and demanded for monthly report on the clean-up exercise among others.

Mr. Fyneface accuses the Minister of State for Niger Delta Affairs, Sharon Ikeazor who had spent years working on the Ogoni Clean-up Project as Minister of State for Environment but recently redeployed to the Ministry of Niger Delta Affairs as the alleged mastermind of the transfer for the project to go there with her to further superintend over it. He said “It is regrettable that at a time that the new Project Coordinator, Dr. Ferdinand Giadom and Minister of Environment, Barr. Mohammed Abdullahi barely took over months back with some actions like linking Ogoni land to the Afam power station, sustenance of efforts on the provision of portable water and steps taken to commence the Centre of Excellence, Integrated Soil Management Centre, remediation of complex sites are being done; a distracting and frustrating action of this nature would tiptoed into the Project”.

The Executive Director of YEAC, Fyneface Dumnamene further said President Muhammadu Buhari, GCFR may not be aware of the transfer of HYPREP to Ministry of Niger Delta Affairs or may have been deceived to do so by those who want to further frustrate the project because they are no longer in charge of it at the Ministry of Environment and calls for investigation and perpetrators brought to book.

Mr. Fyneface demands the resignation or sack of Sharon Ikeazor and HYPREP returned to the Ministry of Environment or immediately enact a law for HYPREP to be an independent body with an equal legal standing with the Independent National Electoral Commission (INEC). The group warns the Minister of State for Niger Delta Affairs, Sharon Ikeazor and his collaborators to desist from actions capable of returning Ogoniland to its dark days.  He said “those behind this action are aiming to further frustrate the Ogoni Clean-up. The prostitute nature of HYPREP which had seen it transferred between three Ministries since inception, frequent changing of ministers as well as administrative bottlenecks in the supervising ministries among others are partly responsible for its inability to diligently implement the UNEP Report 2011 on Ogoniland according to specification”.

The group said the transfer is “ill-advised, won’t work and Ogoni people will be mobilized against the seeming kite being flown by these antagonists of Ogoni people till the decision is rescinded because the action will drag HYPREP backwards, complicate matters for the project, further slowdown the pace of the Clean-up Exercise and set-back the environmental restoration of Ogoniland and other Niger Delta communities”.

While commending President Buhari for his fate in delivering on the Ogoni clean-up, the group urged him to reject the current move that would roll-back the project and the nation on environmental remediation.